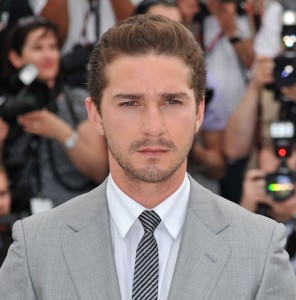 Shia LaBeouf is going the way of Megan Fox; he says that he is done with Transformers.  This announcement was made at the Moscow International Film Festival.

” I’m sure they will make more of them. It’s still a very hot franchise.”

“I love making them (the movies). I love the crew. I love Michael (Bay). I love the cast. I love Sam … but I don’t have anything new to contribute and I don’t think there’s anywhere to take Sam really.”

“Nobody really cares about Sam anymore. He has no purpose. He saved the world twice and has sort of been thrown to the side. This is a dude, who used to validate himself on his involvement with these robots, (but) these robots no longer need him,”

I totally agree with this assessment.  In the latest installment “Dark of the Moon”, he continues to be a quirky nerdy sort with parents to match, but he is somehow still irrelevant in the scheme of things.  Part of it is his lack of screen presence and part of it is the script.  Michael Bay and company refuse to be held hostage by any Prima Donna’s and that includes males as well as females.  This movie is purely about the Transformers, almost every human can be written out and you would not even bat an eye.  Tyrese Gibson doesn’t appear until the first half of the film is over and you barely notice his absence.   You find yourself saying, “Oh yeah, Tyrese is in this movie too”.

Tyrese, who has been life coached by Will Smith plays his cards right professionally and politically.  He has said nothing but extremely positive things about the franchise and even got a Transformers Tattoo to show his support.  He is aware that Shia LaBeuf might get ten movie roles to his one.  For Black males the roles in Hollywood are far and few between.  He would hate to pull a Terrence Howard (who was replaced in the Iron Man Franchise) who’s actions and mouth cost him millions.  Kudos to Tyrese for keeping his paper game tight. 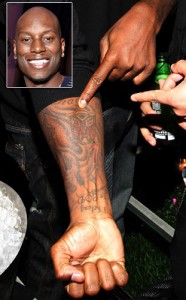 If the human characters had some sort of powers they would be more meaningful to the movie.  The Transformers themselves are just so larger than life that everything else appears extremely inconsequential, just as Bay wold like it to be.

LaBeouf impressed me last year.  I didn’t think he had the acting chops to pull off “Wall Street: Money Never Sleeps,”.  He proved me wrong; his performance was noteworthy as he shared the screen with legendary Michael Douglas without being overshadowed by the plat of the cast. There is no doubt the 26 year old has a long promising Hollywood career a head of him.

La Beouf or no La Beouf, I’m sure Transformers 4 is in the works.

I konw what you are wondering,

JUST HOW MUCH HAS SHIA LEBEOUF MADE FROM THE TRANSFORMERS FRANCHISE?

Here’s his ever increasing paydays as listed by celebrity networth.com