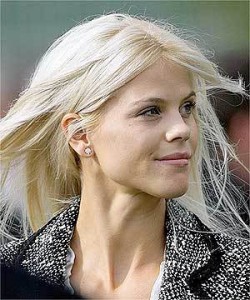 Elin has struck it rich again; this time with a wealthy investor.  Fresh from her windfall of $100 million she is now dating the son of Michael Dingman, or Michael “Cha-Ching” man, who is a billionaire investor.

His son Jamie Dingman and Elin have been dating for a few months now.

‘He’s handsome, a total gentleman and low-key. He’s never been in the press. Elin’s a very lucky girl; he’s a great guy but very private.’

For the record, he’s really not that handsome.  “He I-ight” as they say.

Jamie works for his father’s company Shipston Group, and lives beween China and the Bahmas taking care of “Daddy’s bi-ness”.

In his down time he’s been seen laid up with Elin in her apartment in Sweden in between Jet-sets.  Or should I say her luxury penthouse which she now has on the market for $5 Million.  What a life!!!

The two were caught kissing by the Swedish Press. 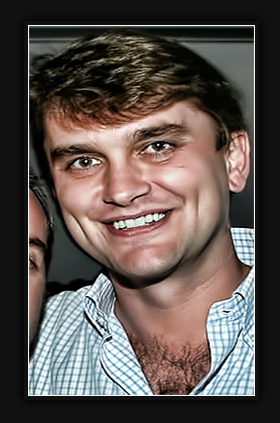 Really not that Good Looking

On his Linked-in profile Jaime’s official title is Managing Director for Shipston Group.  He’s worked in Russian Private Equity funds and used to own an Indy Racing team.  However…the man doesn’t play golf, which is hard to believe, but probably a relief to Elin.  I’m sure she’s had enough golf to last her a lifetime. As busy as this dude is, will she be content?

Will his Swag be enough to fill Tiger’s shoes?  We’ll be here one way or the other!