Jennifer Lopez says the Audience’s Reaction made her Cry during her Mohegan Sun Performance. 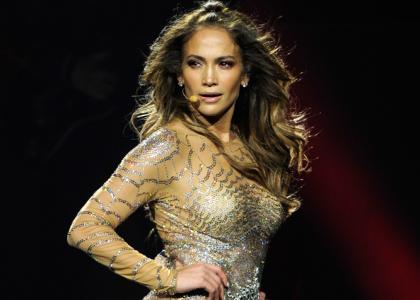 During a post-performance interview with Access Hollywood J-Lo said that the audience’s reaction is what turned on the water works Saturday night during her concert.

It all started after she performed her song “One Love”,  Lopez explains,

“After I sang the song, I’m standing there, and I realized that I did bare a little bit of my thoughts in this song. I also acted it out, kind of, for the audience, The way they received it was very touching. I think that they felt what I felt, which is, you know, I’m just a girl, just like everybody else, trying to find my way.”

“I felt like they got that, and they understood it, and we were all like one at that moment. It was very, very touching.  I think they felt that, and I felt it from them. It kind of overwhelmed me.”

“I didn’t see her the whole time, until this one moment, and I was a little bit emotional,”

I guess I can dig it.  I was a little harsh during my first report but after realizing that she did finish the concert, the fans were totally happy and that she was just being an emotional artist connecting with the fans…..I can dig it. NO REFUNDS NECESSARY.