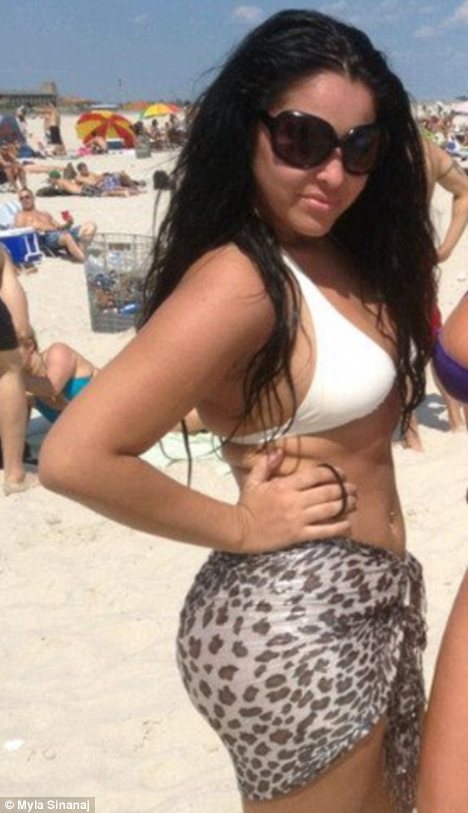 Dummy Kris Humphries Knocks Up his Ex – A lesson to Men Everywhere, What Not To Do.

Just when you actually start feeling a little bad for Kris Humphries and thinking that the guys is not such a total jack-ass, something like this happens.  Pay attention to this series of events, because this is exactly how groupies will getcha! Trust me, Myla knew what she was doing since the day she met Kris.

It was announced this past Thursday that Myla Sinanaj was preggers.  The New York Post reported that Humphries was shocked,

‘This is a huge shock for Kris. He called Myla who told him, yes, she is pregnant, and it is his baby.

‘She is three months along. They have dated since January, and Myla told Kris it is definitely his.’

Kris’s response should have been, I’m shocked because we never had unprotected sex!

Myla swears that Humphries is the only person that she slept with all year.

In Kris Humphries mind, this can’t be his kid because she was only a booty call.  Someone should have told doofus that a booty call doesn’t make a girl infertile.  A source close to Humphries said,

‘He will ask for a paternity test when the baby is born. He had been claiming that their relationship was pretty casual, that she was a “booty call” girl.’

OBSERVATION 2:  I have your baby, now I can get fat!

Myla Sinanaj looked a bit chunk when she first appeared in those beach photos but now she is sporting her baby bump proudly and in these photos she is on her way to meet friends at a Five Guys Burger Joint.  Really!  If Humphries ever thought about getting back with her, he will be fighting the battle of her bulge.  She strikes me as someone who had to work hard to just stay thick.  Now that she has the prize, she will be triple the size. OBSERVATION 3: Large and In Charge

OBSERVATION 4: Don’t let your jump off compromise your income.

Too late.  This has now put Humphries legal claims of being emotionally scarred from his 72 day marriage with Kim Kardashian.  He was the victim, especially when it appears that allegations that Kim cheated on him with Kanye were actually believable.  Now Humphries will be lucky to see a he can find a judge to take him seriously .

Do you think this was all part of Myla’s plan?