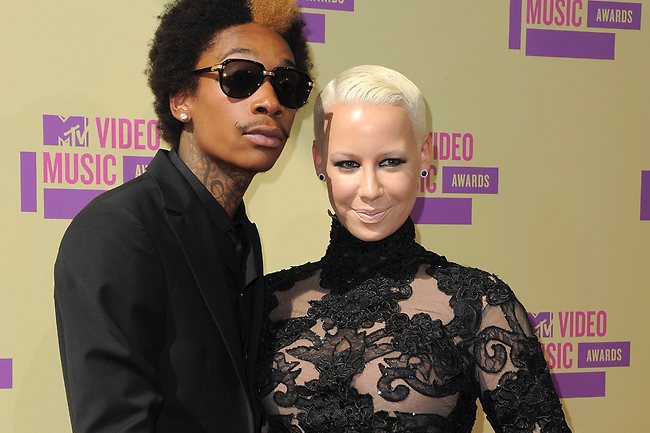 Amber Rose and Wiz Khalifa, pulled a “Jay and B” move at the VMA’s last night announcing, or should I say confirming that Amber was indeed pregnant.

There have been rumors circulating for the last two months as pics were snapped of Amber with a “bootydo” (Her stomach was sticking out further, then her booty do).

Like most mothers who are nervous during their first trimester, Amber was tight lipped and the couple wanted to keep things quiet until doctors confirmed that everything was going smoothly.  The risk of miscarrying drops substantially after the first 12 weeks so if you are going to tell the world, waiting is probably a good idea.

During the wait out, Wiz was questioned directly by MTV where he pulled a Snooki and was forced to out right deny the rumors,

‘I’m saying here that is not what people think it is. But, she will have my baby in life, and you guys will know when she’s pregnant. But it’s not the time now for people to start going crazy.’

Of course, this only increased the speculation.

Last night on the red carpet, Amber was dressed a little more conservative than we are used to, but not much.  She was rocking a full length black lace gown, holding her belly and the baby bump was undeniable.  MTV’s Sway interviewed the couple where Wiz broke the news,

Then he kissed Amber’s stomach.  Wiz whose real name is Cameron Jibril Thomaz is only 24, Rose is 28 and this will be the first child for each.  Rumor has it Amber is due in January, and there are also reports that the two will be moving their wedding up to October but this has yet to be confirmed. 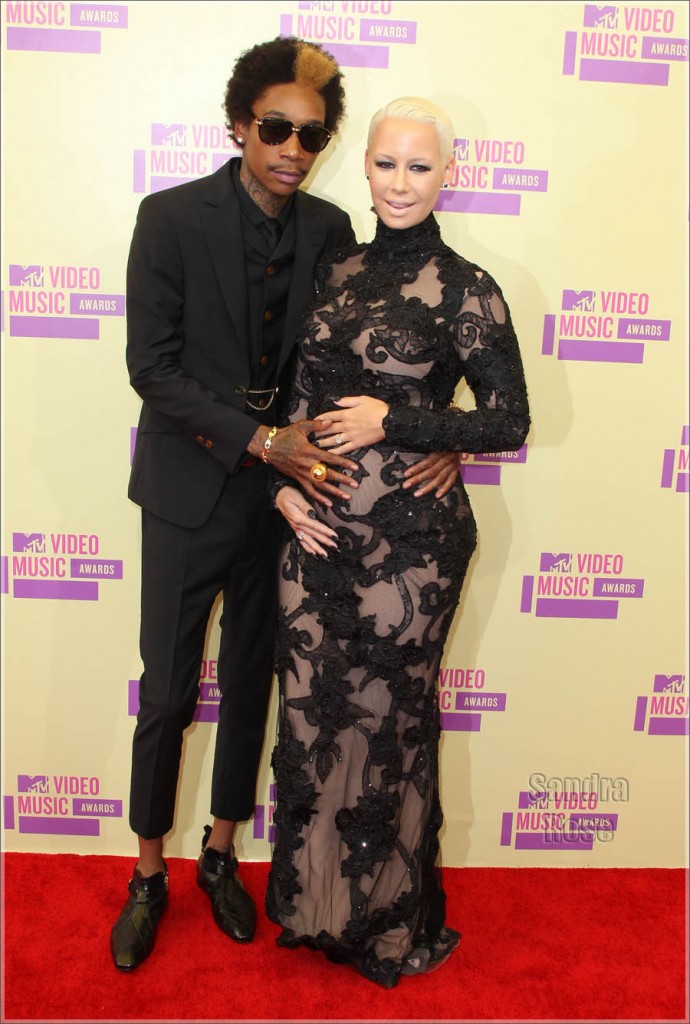 The issue is no bride wants to be in their wedding dress pregnant, especially if you are/ were a model.  Let’s see if she pulls a Jessica Simpson and postpones things until after the baby.

A little advice for Wiz – make sure you control her eating or the only terrible twos you will see, will be her saggy breasts.

Congrats to the expecting couple.  I wonder if Kanye has any words for the couple…time to check his twitter.