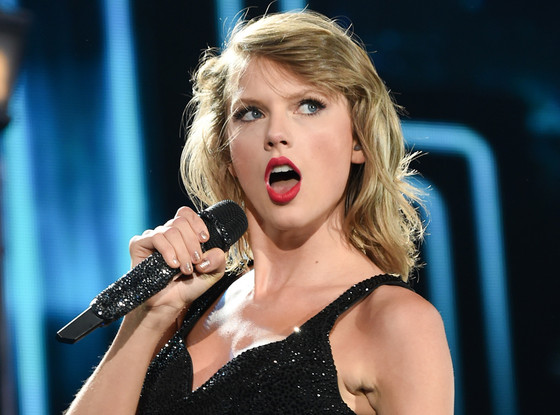 We are going to be extremely careful with this article. People watch when you write a story about Taylor Swift. Powerful people. But let’s just leave it at that and move on with this story. According to the Denver Post, a man by the name of David Mueller (Jackson on the radio) filed a suit against T-Swift last week after he was fired from his job at 98.5 KYGO.

Why was he fired? Well, he believes he was fired because of false allegations that he grabbed Taylor’s butt while taking a photo. Apparently, this incident went down back in 2013. The superstar singer was performing at Denver’s Pepsi Center, and Mueller was invited as part of his job to the meet and greet backstage.

During the event, Mueller and his girlfriend, Shannon Melcher, posed for a photo with Swift. The singer then thanked the happy couple and left. Later in the evening, Mueller claims a co-worker started telling him about his own photo experience with Swift. The co-worker allegedly describing how he put his arms around the singer and then moved them down to her booty.

While enjoying the concert inside the arena, a member of Swift’s security team approached Mueller and Melcher. One member of the security team accused the former DJ of grabbing Taylor’s butt before making him and his girlfriend leave the building.

He was fired just two days later, and he believes it was all because of the butt grabbing allegations. A rep for Swift told E! News the following…

The radio station was given evidence immediately after the incident. They made their independent decision.

Looking around at some of the blogs, it looks like this guy is just trying to make himself look good. Some people even claim there is video showing him touching her butt, and if there is, he’s wasting everyone’s time with this lawsuit.

Btw, Taylor Swift is God. She is the nicest person in the world. We love her.