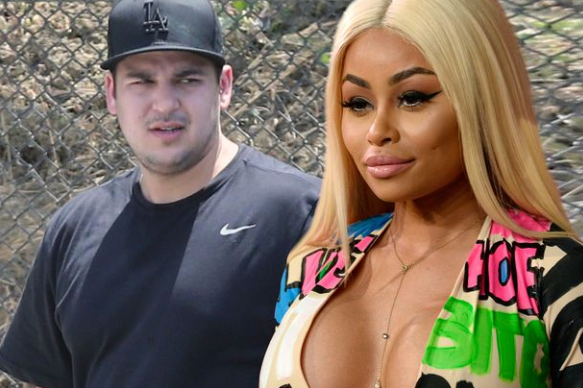 The Kardashian Family Should Be Worried About Rob Kardashian, He Just Drove Over 1,000 Miles To Pick Up Blac Chyna From Jail! 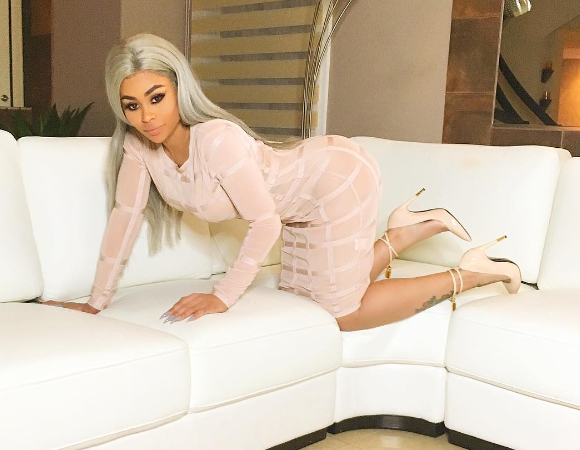 We’ll admit, when we first started posting about the romance between Rob Kardashian and Blac Chyna, we kinda thought the relationship might be good for Rob. We thought, “Maybe this will be thing that gets him out of his slump.” And we couldn’t understand why his family wasn’t being more supportive.

Now we’re starting to get it. Blac Chyna is a mess and she’s taking Rob down with her. As most of you probably know, she was arrested at an airport in Austin, TX, for public intoxication and possession of a controlled substance.

The arrest happened on Friday while she was waiting on her flight to London. She was apparently in Austin for a layover. Of course, since she has money and fame, she was released just a few hours later.

But she had already missed her flight to London. 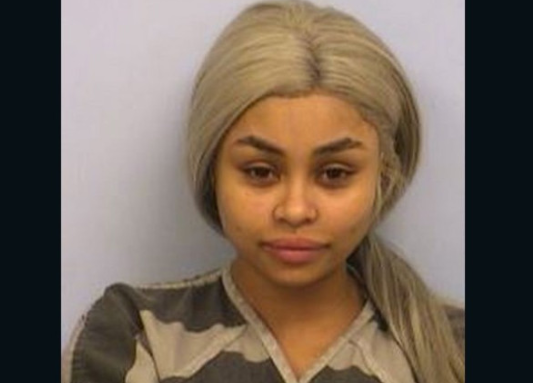 What was she going to do now? WHO WAS GOING TO SAVE HER FROM TEXAS? Rob Freakin’ Kardashian. He hopped inside his Bentley just minutes after hearing about the arrest. He drove over 1,300 miles to Texas from California to pick up the love of his life. Or at least the love of this particular month.

How do we know all this? Because Chyna posted the photo you see below of her standing next to Rob’s vehicle with the caption, “Bye Texas.” 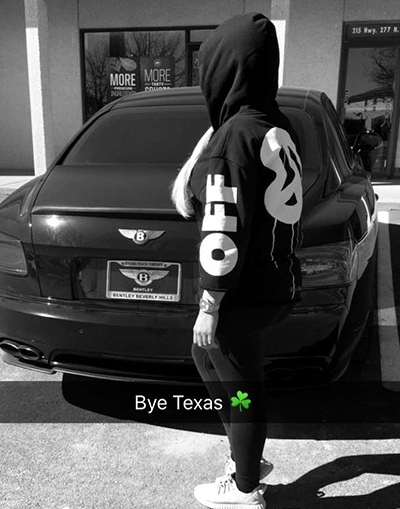 This photo was posted just 22 hours after her arrest, which means Rob made the drive out to Texas in almost record time. Let’s just hope he had a friend to help him drive, because driving over 18 hours straight doesn’t sound like something he should be doing.

Of course, some people believe drugs might have been involved. They are worried Chyna is dragging him down. He’s vulnerable, and his family believes Chyna is taking advantage of that.

We’ll see what happens. We know how Khloe Kardashian feels about it. She kicked Rob out of her house, and sources claim she feels betrayed by her brother…

Khloe feels majorly betrayed by Rob after she always stuck up for him. She feels like this is a major blow to the family. Nobody in the family likes it.