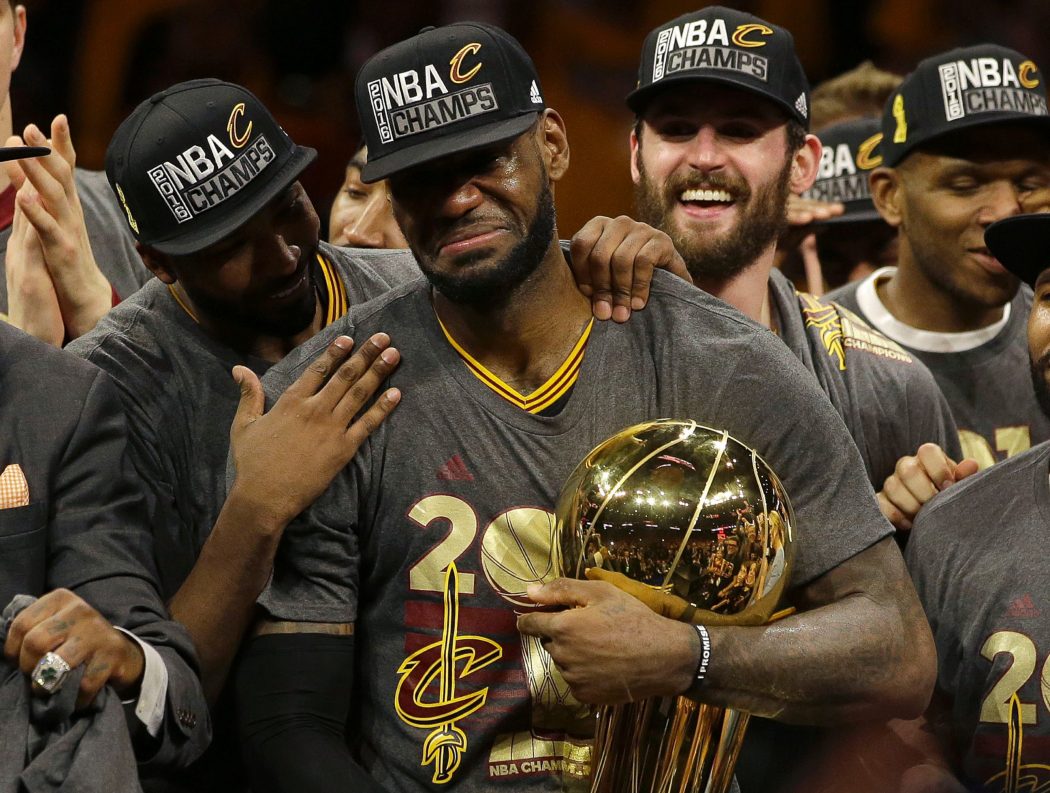 The whole LeBron hating world now has to give this man his respect.  For all of those who thought that he didn’t have the killer instinct, didn’t have what it took to close the deal, or that Steph Curry was the 2nd coming….you were all wrong.

LeBron James believed he was the best in the world and he knew if he could overcome a 3-1 deficit and beat a team who had the best regular season ever, all doubters would have to bow down.

This was the first time, I sensed the Warriors might be in trouble.

9 weeks ago LeBron signed off social media to start his mission again for the title.  It’s something LeBron started doing in 2012 after his Heat lost to the Mavericks in six games in the NBA Finals.

He returned with two posts.  The first is pretty subtle.  It’s exactly what you would expect;  LeBron with a selfie and the trophy.  It’s a video of him kissing and saying how much he loves the trophy.

The 2nd post was specifically for the social media haters.  He didn’t pull any punches even wearing  the Kermit sipping tea hat.  Here is what he wrote (Read More)