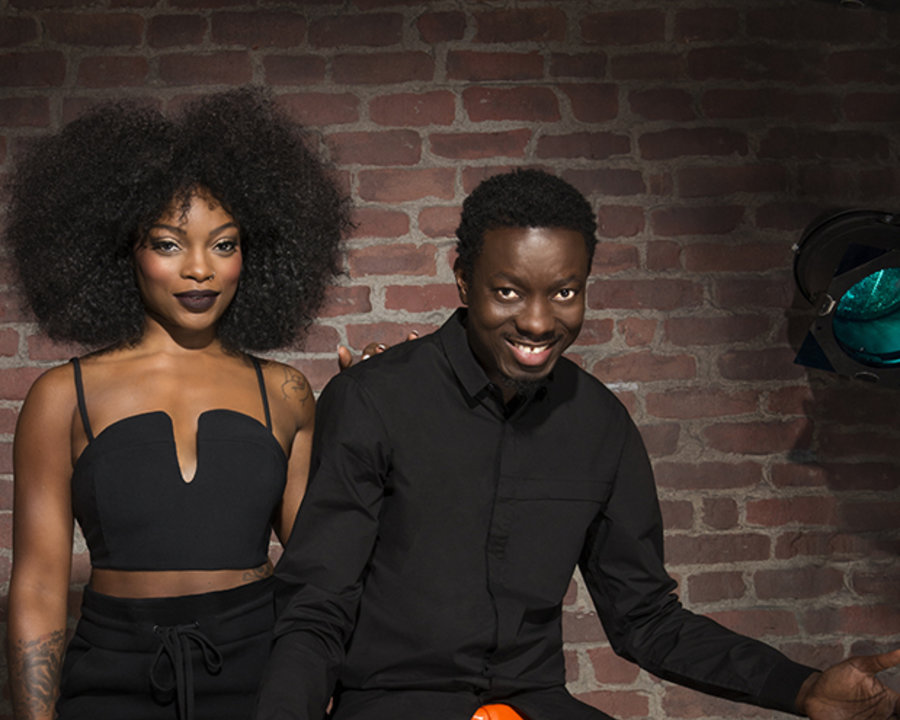 Michael Blackson Gets Caught Cheating on GF, Georgia Reign and Has the Most Hilarious Responses. We also Discover the Funniest Hashtag on Instagram! (FUNNY AF DETAILS) 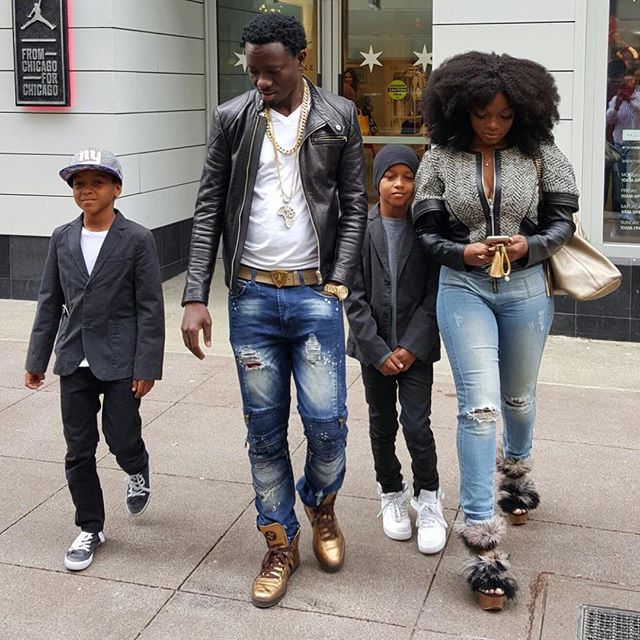 Michael Blackson is just a funny dude.  In fact , he is downright  hilarious!  Honestly, this was so funny, I thought it was a hoax, until I saw the apology, and even after that, I’m still not sure.

Some of you might not know this, but Michael and his girlfriend Georgia reign have a show on Oxygen called “Living with funny”.  They are a legit couple and when you look at the two, of them together, you can’t help but wonder, how in the world did this mutha-sucka land a woman like that. 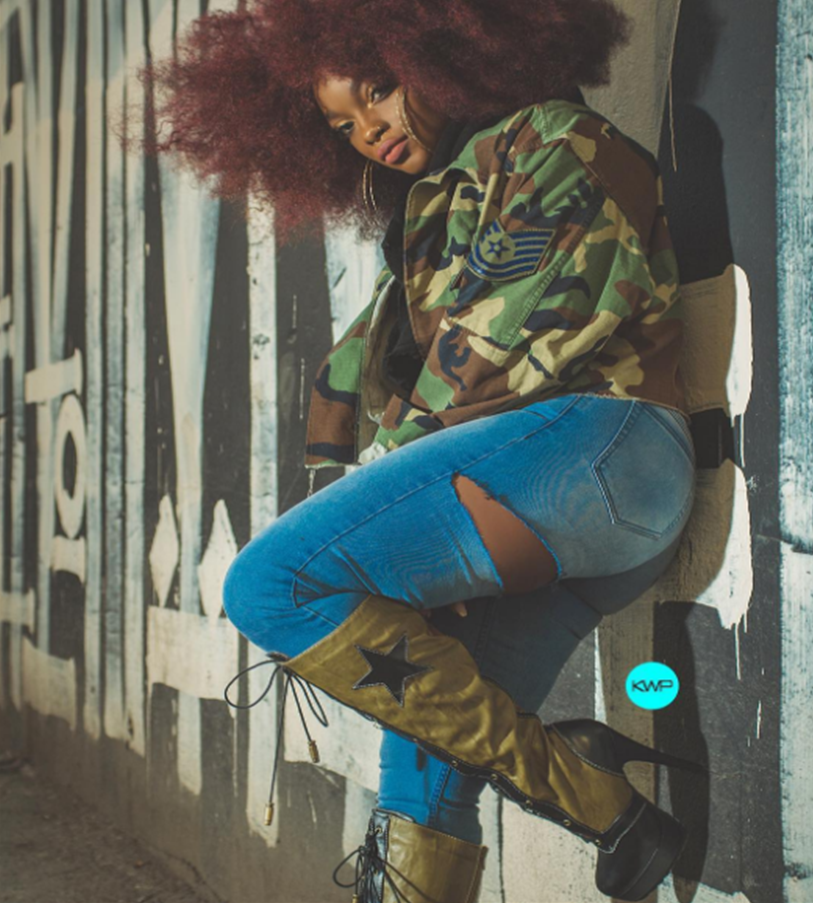 Well I have the answer.  It comes down 3 things:

If you have these 3 things, you can look like Donald Trump and get Melania.  Or in his case, not be funny at all, have a small hands but a billion dollars.  That would work too.

Earlier this week The Shade Room dropped a bomb when Michael Blackson’s mistress sent in a video of them two sleeping together.

Here is a snippet of the headline and Michael Blackson’s hilarious reply: 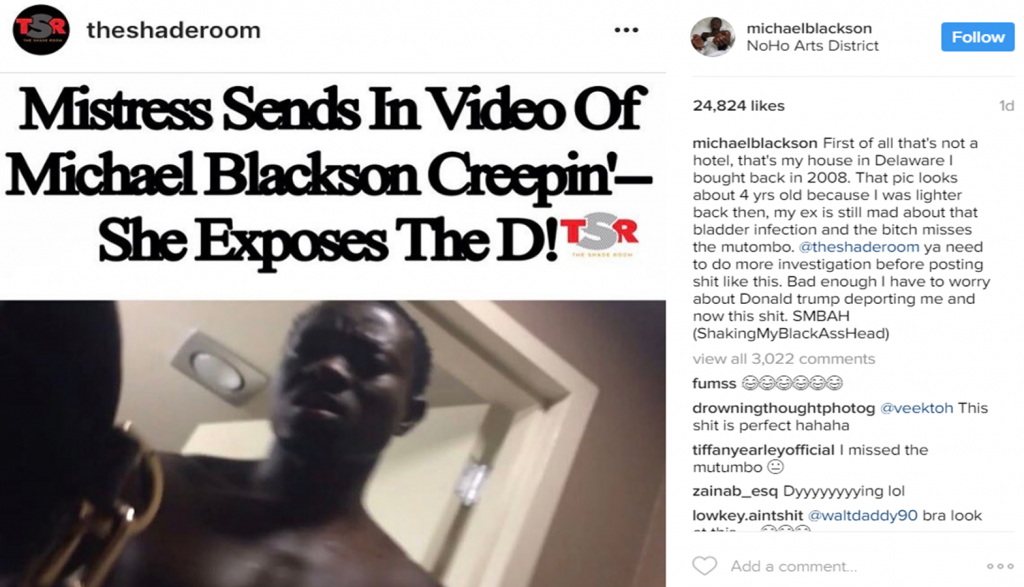 First of all that’s not a hotel, that’s my house in Delaware I bought back in 2008. That pic looks about 4 yrs old because I was lighter back then, my ex is still mad about that bladder infection and the bitch misses the mutombo. @theshaderoom ya need to do more investigation before posting shit like this. Bad enough I have to worry about Donald trump deporting me and now this shit. SMBAH (ShakingMyBlackAssHead)

Then he apparently watches the video again and realizes it’s not his house and in fact, it is a hotel.  This time he takes to twitter! 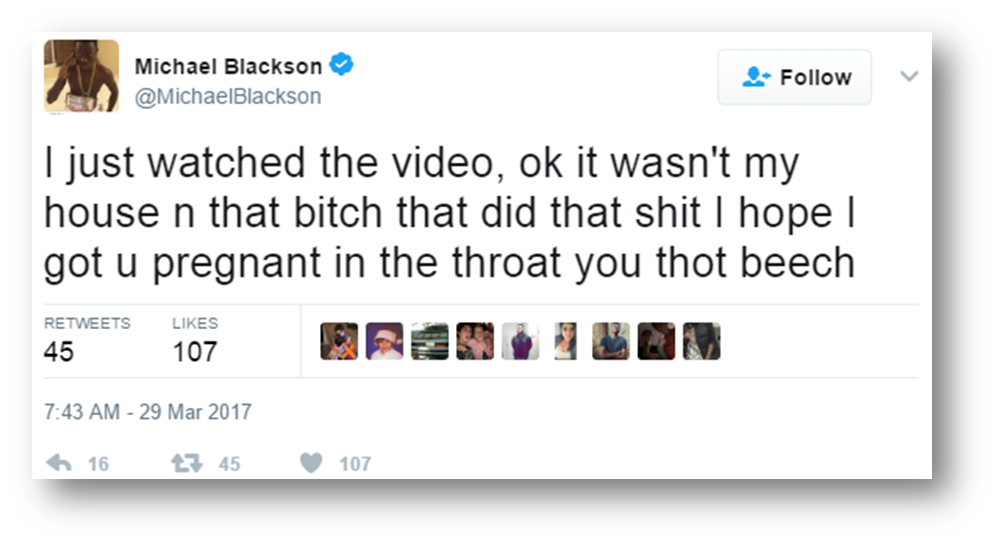 My beautiful queen just left and now I’m back to being a regular ugly z list celebrity that’s back to choking his chicken. @theshaderoom I’ll see ya in court modafuckas.

PLEASE TAKE THE VIDEO DOWN >>NEXT PAGE>>>

Apparently Michael asks the Shade Room to remove the video …………..