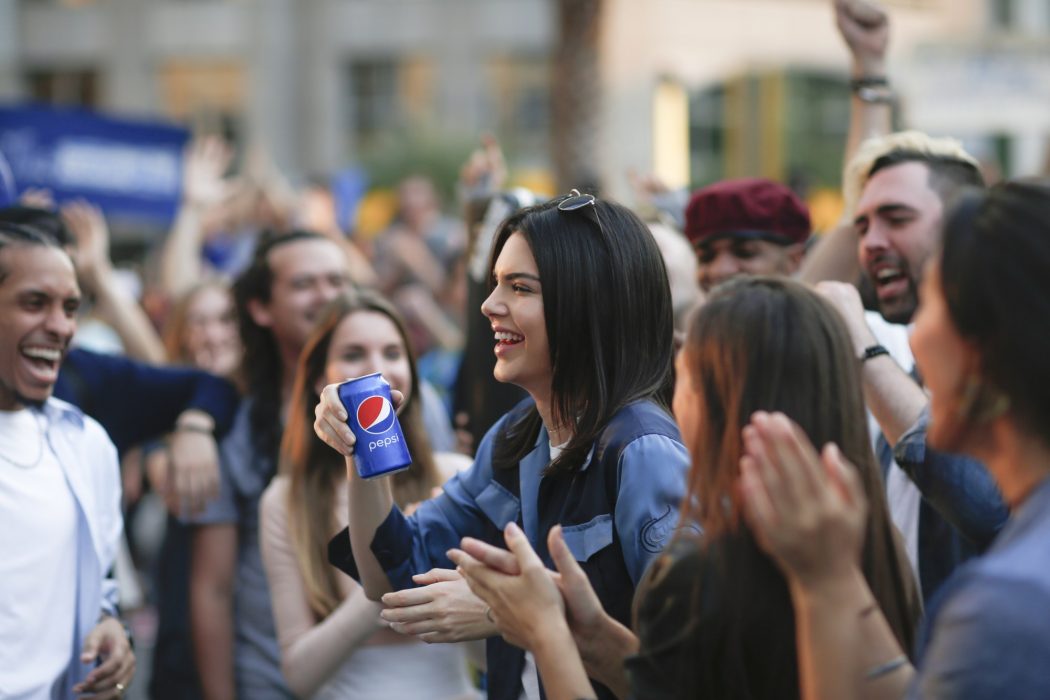 Pepsi Finally Admits They Done Goofed, Releases Apology For Their Commercial Featuring Kendall Jenner Solving Police Brutality And Racism With A Single Can Of Pepsi (VIDEO)

You have probably heard all about this by now. If you haven’t, watch the commercial above and you’ll instantly understand why people are upset. Pepsi released the commercial this week, and it features Kendall Jenner leaving a photoshoot to join a group of protesters.

The video ends with Jenner handing a single can of Pepsi to a police officer. The officer opens the can, takes a drink, and the entire crowd cheers. It’s absolutely ridiculous. Soda companies are already evil, contributing to obesity around the world, but what Pepsi did with this ad puts them in a higher (lower?) class of evil.

Thankfully, the American people did not let them get away with it. The internet has been slamming the commercial, and stars like Charlamagne tha God have jumped on their social media accounts to talk about it…

Kendall hasn’t released an official statement or apology, but it looks like Pepsi has. There is a statement going around (that’s reportedly from Pepsi) and in the statement they apologize to not only those who were offended, but also Kendall for putting her in an uncomfortable position…

“Pepsi was trying to project a global message of unity, peace and understanding. Clearly, we missed the mark, and we apologize. We did not intend to make light of any serious issue. We are pulling the content and halting any further rollout. We also apologize for putting Kendall Jenner in this position.”

They will be doing damage control for a long time. This could truly hurt their brand for years. It’s like when Jack in the Box had that E. coli outbreak in 1993. It took people several years to trust them again. And honestly, the only reason people let Jack in the Box back in their hearts was because of their delicious tacos.