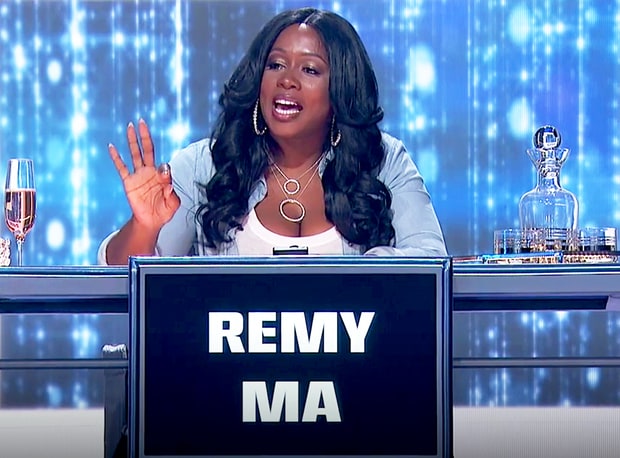 Let me first start off this post by admitting I had no idea there was a show called Hip Hop Squares on VH1. I mean, I should have known ’cause Hollywood loves to remake everything, but I didn’t know people were screaming for a new version of Hollywood Squares.

Anyway, Remy Ma was on the show this week, and she was asked to finish one of the lyrics from Nicki Minaj’s ‘Anaconda‘ song.

The lyric was “pu**y put his a** to sleep, ____” and Remy paused for a moment before saying, “You know what? I’m kind of thinking that she would have said something about her butt because that’s always, like, every other two bars.”

…damn. That’s some major shade right there, and the rest of the contestants (including Nelly and Vivica A. Fox) reacted accordingly.

The funny thing is that the episode was filmed last year, long before the beef went down earlier this year, so it’s clear Remy always thought Nicki was a bit overrated.