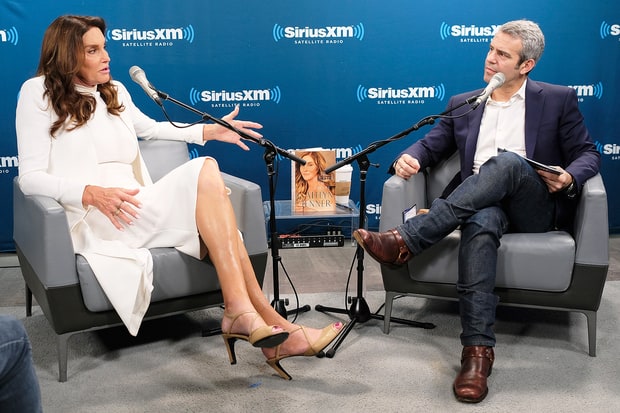 It’s been a minute since we’ve heard from Caitlyn Jenner. She shocked the world back in 2015 when she revealed she had made the transition to become a woman. Bruce Jenner was no more. It’s almost like he never existed.

Surprisingly, the world is comfortable with Caitlyn now. Or maybe comfortable is the wrong word. It might be a case of being indifferent. People just don’t seem to care anymore.

Caitlyn has been doing a lot of interviews lately, promoting her newly released memoir, The Secrets of My Life. She was on Radio Andy the other day, talking to host Andy Cohen about how her book is allegedly ruining her relationship with her family.

She revealed that her ex-wife, Kris Jenner, called her and said, “she called me up and said she never wanted to talk to me again, so I haven’t called her back.”

And Khloe Kardashian already seemed to hate her former step-father, even before the book was released. Caitlyn told Cohen that she hasn’t heard from Khloe in two years…

“She doesn’t want to talk to me. She hasn’t talked to me in, like, two years. I was very very close to Khloé, I mean I had 23 years of raising her. I met Khloe when she was 5 years old. Of course it hurts. Cause she was on Howard Stern and called me a liar. And that kind of pissed me off too cause I never lied to her, you know, if I didn’t tell her everything. First of all, she never asked.”

It’s pretty incredible how Caitlyn doesn’t see how money/fame hungry she is. I mean, the entire Kardashian family is money hungry, so it’s kinda shi**y of them to turn their back on Caitlyn. She’s just doing what they told her.

Anyway, to end this lovely article. We will leave you with Caitlyn’s groundbreaking thoughts on Kendall Jenner’s horrific Pepsi commercial…

“I saw [the commercial] and thought ‘That is so cool!’ It was cute and I guess I didn’t see all the things other people saw. Kendall said, ‘I’m a model, they hired me to go do this.’ She went down and shot the thing in a few days somewhere…then it came out and all hell broke loose. I felt sorry for Kendall.”