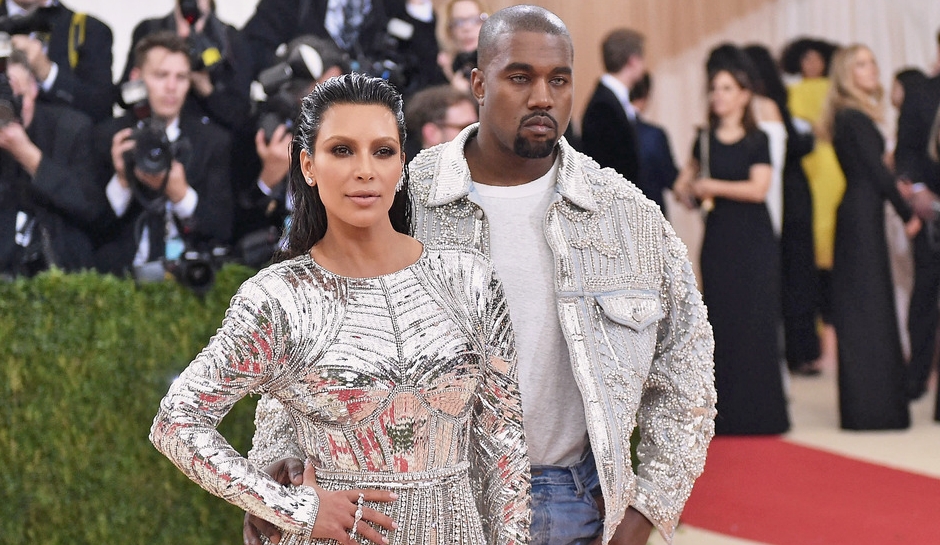 Kim Kardashian Will Be Flying Solo At 2017 Met Gala, Kanye West Will NOT Be Attending! Is There Trouble In Paradise?

Last year, Kim and Kanye walked the red carpet wearing coordinating metallic Balmain ensembles. I have no idea what that means, but it sounds fancy as hell.

And you know it was fancy because it looked ridiculous. That’s how I determine how fancy something is. If it looks ridiculous, it’s probably super fancy.

Anyway, everyone assumed Kim and Kanye would walk the red carpet once again for the 2017 Met Gala, but it looks like Kim will be by herself Monday night. Sources have confirmed that West has decided to stay in Los Angeles.

“Kanye will not be attending the Met Gala and will be staying in L.A. with their kids,” one source told E! News. According to a second source, West had planned on going, but decided to stay back at the last minute.

“He was planning on attending and recently decided he did not want to go. He and Kim are fine. He will be in Los Angeles.”

Are they fine, though? Seems like a strange decision to make at the last minute. I suppose this could be part of his recovery. He has been trying to stay out of the spotlight following his nine-day stay in the hospital back in November.

Maybe he felt like he wasn’t ready to face all the cameras. If so, we completely understand. Don’t rush the recovery.