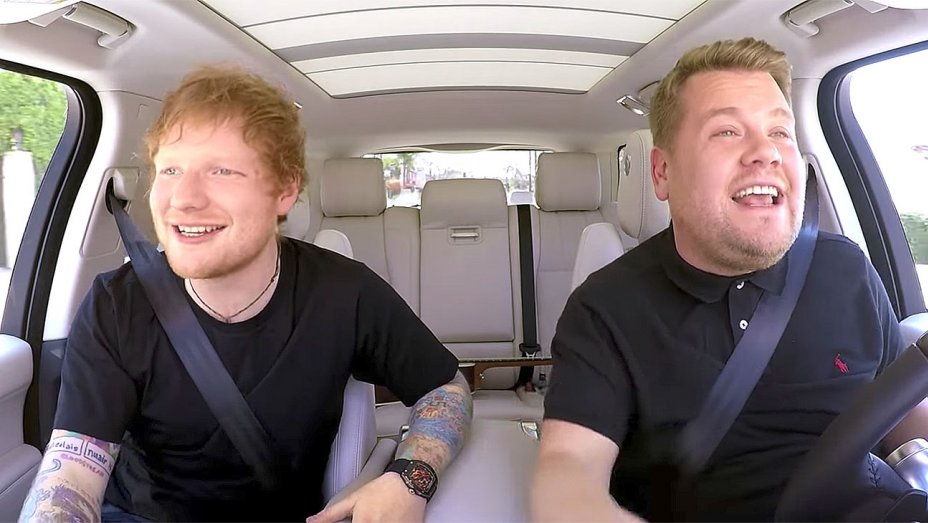 Ed Sheeran Puts Some Life Back In Carpool Karaoke With James Corden, Talks About A Wild Night He Had With Justin Bieber On A Golf Course

If we’re being 100% honest, Carpool Karaoke had been getting a bit stale lately. It started off so hot, but the past three or four editions just weren’t working for me. I was beginning to think the bit was dying a slow death.

But then, Ed Sheeran happened. The 26-year-old singer joined James Corden on Tuesday night for the latest installment of Carpool Karaoke, and the two had remarkable chemistry. Corden and Sheeran performed some of his biggest hits, and they also shared some hilarious stories with each other.

During a break in the music, Sheeran talked about a strange night he had with Justin Bieber. He had been bar-hopping all night when he somehow ended up on a golf course.

And who was on this golf course with him? The Biebs. They were both drunk, and Bieber told Sheeran to hit a golf ball out of his mouth. As you might expect, the experiment did not go well…

Well, okay then. I guess what happens at the golf course does not stay on the golf course. That’s such a rich, white guy story. Only a wealthy white dude can get away with running around on a golf course completely hammered. Any other race and someone would be calling the police.