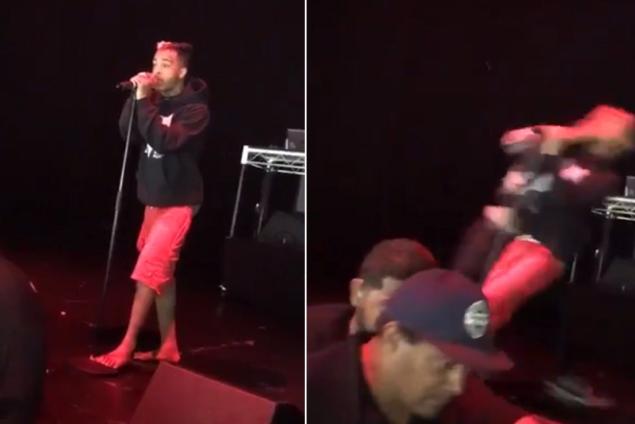 Sucker Punch From Hell: INSANE VIDEO Shows Rapper XXXTENTACION Getting Knocked Out Cold On Stage, AND THEN HE RELEASES A SONG ABOUT THE BRAWL! (VIDEO)

When we say the video above is “insane,” we genuinely mean it. Rapper XXXTentacion was performing in San Diego on Wednesday night. He had the place jumping. 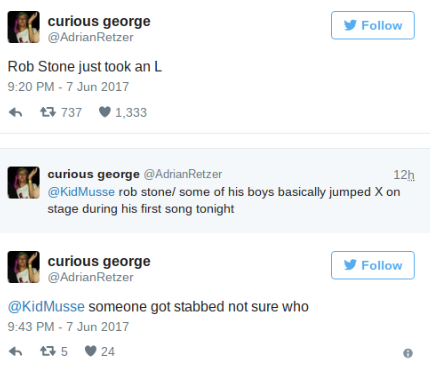 The track titled ‘Off The Wall,’ has cover art featuring a news story of the event with the headline: “Person stabbed during concert at Observatory North Park.”

Listen to it below…