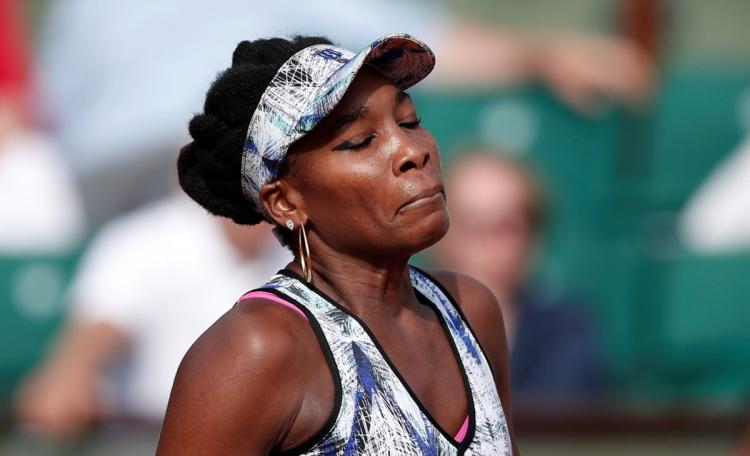 Serena Williams’ life is going great. She’s getting married (and having a child with) Reddit cofounder Alexis Ohanian. It’s a time for celebration in the Williams family, but sadly Venus Williams is finding it a bit hard to celebrate right now.

As we told you last week, the 37-year-old tennis star was involved in a fatal car accident last month in Florida. A 78-year-old man died two weeks after the accident, and the police report stated that Venus was at fault. She was not driving under the influence or distracted by an electronic device.

But the crash was still her fault because she turned into an intersection without having the right of way. The man who died, Jerome Barson, was driving with his wife when the accident occurred, and now his family is suing Venus for wrongful death.

Well, Venus won her opening match at Wimbledon on Monday and during the press conference after the match, a reporter asked about the crash.

Venus couldn’t find the words to respond. She broke down…

She had to leave the stage for a few minutes to collect herself, “I’m speechless, and I’m just,” she said before leaving the stage.

It’s a terrible situation for everyone involved. It’s sad that the family is suing Venus, but that’s just what happens, especially when a celebrity is involved.

Hopefully everyone can move on from this situation. Accidents happen all the time, and unfortunately this accident ended a man’s life.