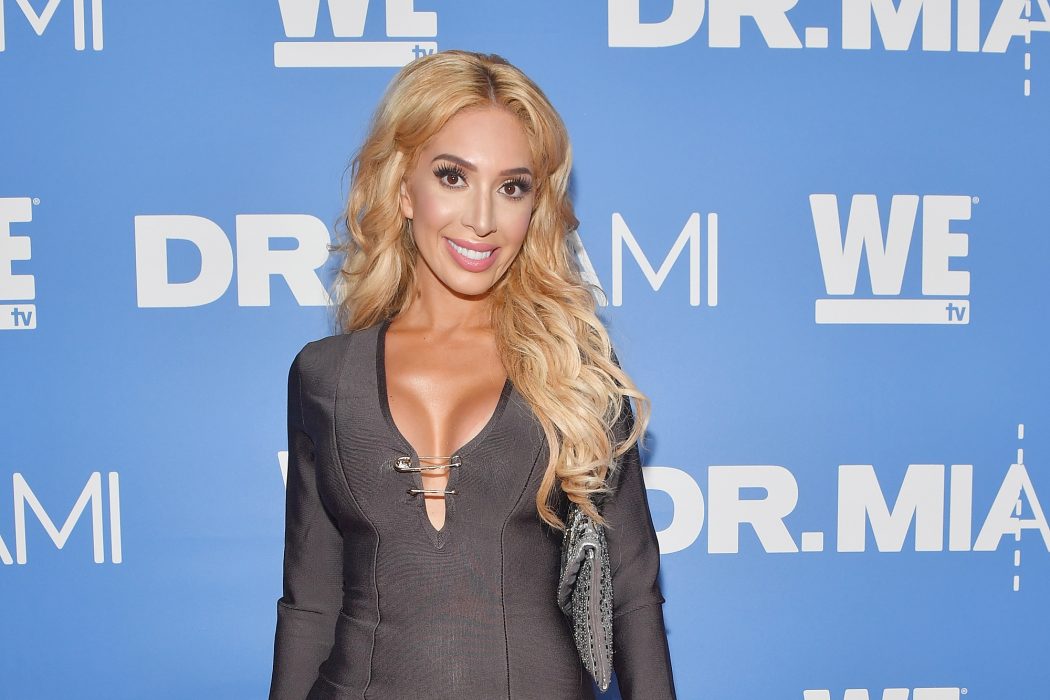 But it’s hard to take her distress seriously because she’s still finding ways to profit off her sex tape. She went on her Instagram account the other day to promote her upcoming appearance at Crazy Horse III Gentlemen’s Club in Las Vegas on August 4.

And can you guess what they’re calling the event? The Backdoor Key Launch Party.

#lasvegas your [sic] the best! Own the club & get your #BackDoorKey VIP Key package at the Kick-off event with me! Aug 4th. Get free bottle & table! This is the way to PARTY”

Really, Farrah? It’s one thing to host an event at a strip club, but it’s something else to call it the “backdoor key launch party.” What the hell does that even mean? Will her gaping butthole be on display as well? Does she really need the money? She’s not getting enough from her cam site, frozen yogurt store, Teen Mom paycheck, Instagram ads, Single AF paycheck?

In addition to promoting her upcoming strip club appearance, the 26-year-old reality star also went on her social media account to call out her ex-boyfriend, Simon Saran.

As you can see, Simon sent her an email asking her to call him. Farrah found that to be a bit hilarious because Simon has been on Twitter recently claiming he’s done with Farrah. He’s also been sharing photos of a new girl he was dating.

So why does he want to talk to Farrah? Well, maybe he just wanted to end things on a more positive note. Or maybe he’s trying to wiggle his way back into her life so he can make a return to TV.