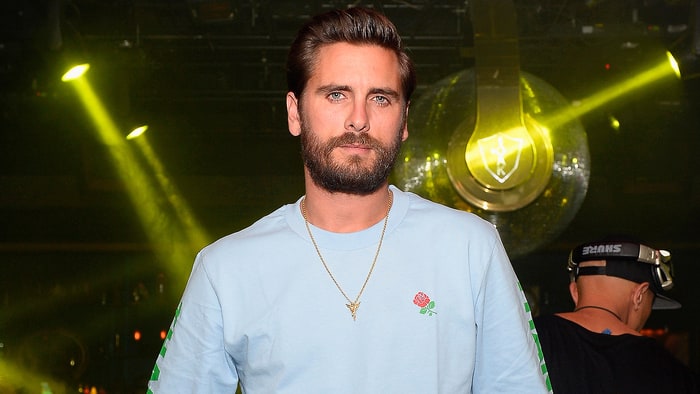 Scott Disick Is Tired Of Being Labeled A Sex Addict, Also Comes Clean About His Odd Relationship With Bella Thorne

Well, if you’ve been around the internet and trashy reality TV for any amount of time, then you’ll know Scott Disick is known for drinking and having sex with lots of different women.

Earlier this year on an episode of Keeping Up With the Kardashians, Disick called himself a “f–ked up, horrible sex addict,” and most people had this reaction…

Most people already assumed that was the case. You always see photos of him drinking late at night, on a boat with multiple chicks, etc. The dude gets around.

But apparently, he’s a little tired of that ‘sex addict’ label he gave himself. In a new interview with E! News, the 34-year-old reality star claimed he’s not addicted to sex. He just enjoys doing it a lot.

Okay. You know, we’ll give him the benefit of the doubt here. Let’s just say he enjoys sex a lot but could totally stop having sex if the situation called for it. We’ll believe him on that.

But we won’t believe him when it comes to his description of his relationship with 19-year-old Bella Thorne. He told the website:

“We have nothing to do with each other romantically.”

WHAT? No, Scott. That does not make sense. You flew her out to Cannes, had your hands all over her body…

And then partied with her in Los Angeles and New York? Not to mention the multiple witnesses claiming you and her were packing on the PDA. There is definitely something more than a friendship there.

Although, maybe he was being clever with his words. He did say “romantically,” and not sexually, so you know…