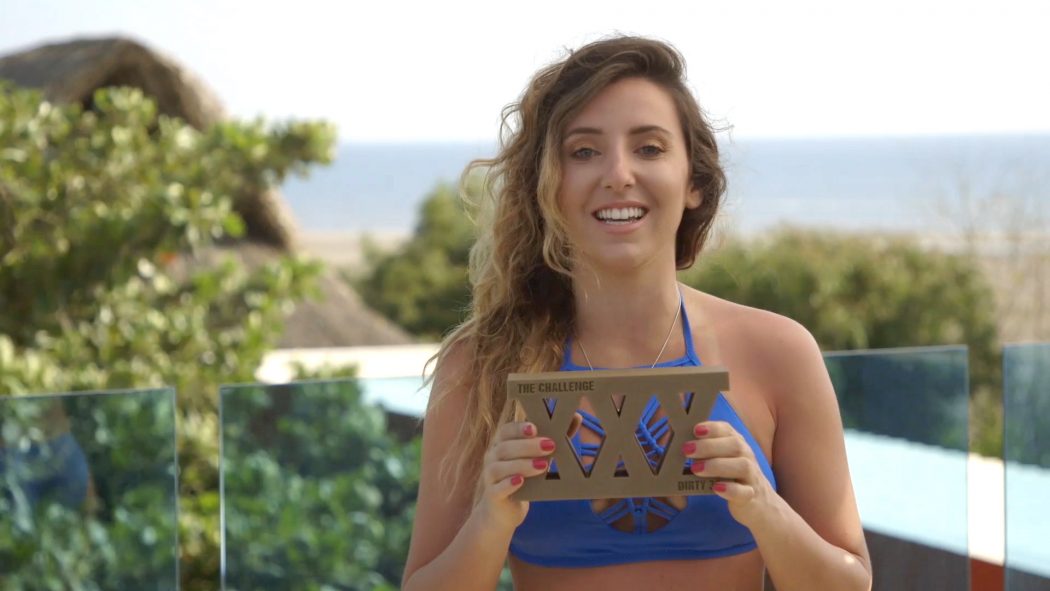 Tuesday’s Episode Of ‘The Challenge: Dirty Thirty’ Featured A Drunken Racist Rant By One Of The Contestants (VIDEO)

I’ll be honest, I don’t normally watch MTV’s The Challenge. There have been a total of 30 seasons, and I’ve probably watched one of them? I’m not saying I am ~above~ MTV reality shows. I’ve watched every season of ‘Are You The One?’ I can get down with some trashy television.

But I’ve never found myself digging around in the trashcan of The Challenge, but after watching the clip you see at the top of this page, maybe I should give it a shot because there seems to be a ridiculous amount of drama happening.

On Tuesday night’s episode, veteran contestant Camila got extremely drunk and started yelling at fellow contestant, Leroy. I’m not sure why she was so angry with him, but she started talking about how sad it was that he hasn’t won anything.

And then she crossed the line by yelling, “You are a f–king an idiot. Guess how many wins you’ve had? Zero. You’re a f–king black motherf–king pussy!”

No idea why she needed to call out his skin color, but apparently she felt strongly about it, ’cause she brought it up again after hitting Leroy with a pillow, “It’s all about black motherf–kers like that piece of sh-t!” she cries out.

Crazy stuff, right? Obviously producers on the show could have stepped in before it ever reached that point, but you know it’s all about the ratings. They won’t step in until someone is about to die. It’s a shame Leroy had to experience this racism sh*t in a house that is supposed to be safe.

By the way, Camila did send out an apology on Twitter, but according to Leroy, she still hasn’t apologized to him directly.