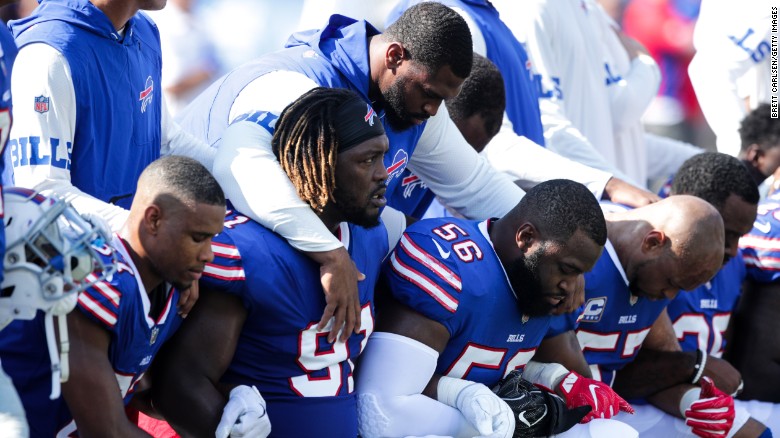 No Surprise Here: NASCAR Owners Side With Donald Trump, Say People Who Don’t Stand For The National Anthem Should Leave The Country

We live in a predictable world, and it’s because most people play follow the leader. Most people are in groups, whether it be political groups, religious groups, etc, we are a world of grouping. And you must follow the leaders of your group.

For example, everyone knows NASCAR is connected to the South…rednecks, you know? And what do rednecks have? American pride. So what does NASCAR have to display to survive? American pride. So it’s not surprising to hear that most NASCAR owners and drivers are siding with Donald Trump in his battle against the NFL.

As most of you know, Trump slammed the NFL in a series of tweets, “Wouldn’t you love to see one of these NFL owners, when somebody disrespects our flag, say, ‘Get that son of a bitch off the field right now. Out, you’re fired,'” he tweeted. There were more anti-NFL tweets, as well. If you’d like to see them all, go check out Trump’s horrific twitter account.

This obviously pissed off the entire NFL, and on Sunday, they showed their displeasure by taking a knee during the national anthem. This made a lot of people very angry, including NASCAR team owner Richard Childress, who said if one his employees did that, he would “get you a ride on a Greyhound bus when the national anthem is over. I told them anyone who works for me should respect the country we live in.”

And NASCAR legend Richard Petty said, “Anybody that don’t stand up for that ought to be out of the country. Period. If they don’t appreciate where they’re at … what got them where they’re at? The United States.”

Of course, Trump loved this….

Who gives a f**k about showing your country respect when we’re still trying to master showing each other respect. On a very basic human level. Until we can treat one another with respect, I will continue to give zero f**ks about respecting a piece of embroidered polyester.