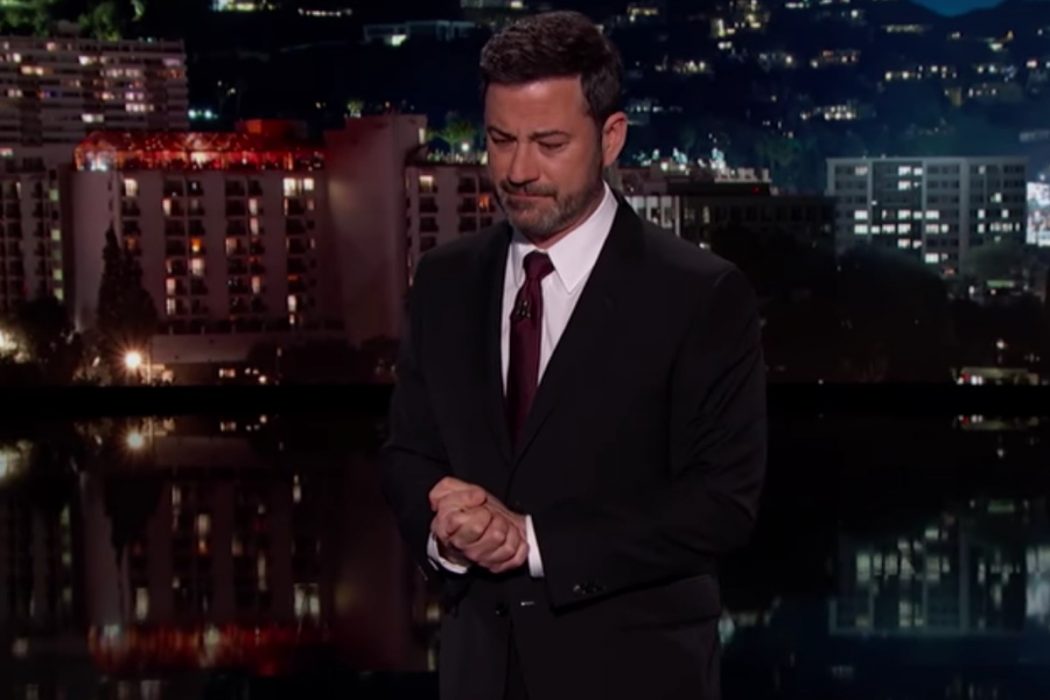 We’re all still trying to make sense of the mass shooting that took place in Las Vegas on Sunday night. Sadly, we will never understand it. You can’t understand pure evil. We can do things to prevent shootings like this from happening again, but we can’t look back and try to understand what was going on inside the killer’s mind.

On Monday night, late night hosts had the difficult job of trying to entertain people after such a terrible event. Every host acknowledged the shooting in their own way, and we’re going to share videos from Jimmy Fallon, Conan, and Jimmy Kimmel.

We’ll start with Fallon, who decided not to talk directly about the shooting. Instead, he let Miley Cyrus and Adam Sandler open the show with a moving performance of Dido’s song, No Freedom. Surprisingly, the stars sounded great together. Music always helps heal during the difficult times in life.

Next up, we have Conan, who was clearly sickened by the tragic events. Conan talked about how his lead writer walked in his office with a stack of papers. On those papers were Conan’s thoughts on previous mass shootings in Orlando and Sandy Hook. The writer told Conan he might want to look at them to see what he might want to say tonight.

And finally we have Kimmel, who was clearly the most emotional about this shooting. Kimmel is from Las Vegas, so this attack hit close to home.

He spent nearly 10 minutes talking about the shooting, his hometown, gun control, and the senators who continue to do nothing about it.