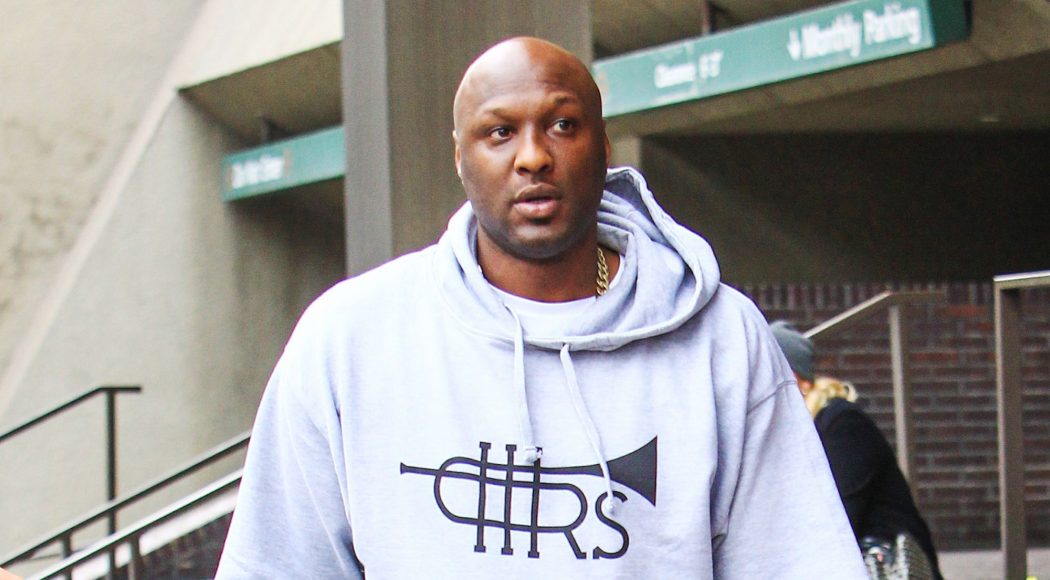 It’s been a minute since we’ve had any Lamar Odom news to report. Last we heard, he was doing better, but he was still going to clubs every weekend, which had his friends and family worried.

On Sunday (November 5) Odom was partying well after midnight at the Sunset Strip nightclub in Los Angeles. He was chillin’ inside his VIP booth when he slumped forward and passed out. Security guards were yelling at everyone to “Move! Get out of the way!” as his crew picked him up.

You can see toward the end of the video that Odom had already woken up, although, he appeared dazed AF. According to the report from TMZ, this incident went down just before 2 a.m., and the person who shot the video claims Odom had been drinking all night.

A few hours after the video was spread online, Odom’s publicist Eve Sarkisyan, told the media that her client is doing fine. He was just a little dehydrated…

“Lamar is doing great. He was dehydrated last night and it was really hot in the club. He had an intense workout earlier yesterday and did not get enough fluids.”

I don’t know. Sounds fishy to me. I wouldn’t be surprised if he just drank himself into a blackout. Odom needs to be careful. It was just over two years ago when he was found unconscious inside a brothel in Nevada. He nearly died following the incident. He was in the hospital for weeks, “I’m a walking miracle,” he admitted earlier this year.

Damn straight you are, so you better start acting like one. You got a second chance at life, and you want to waste it getting drunk at nightclubs? Come on, man!