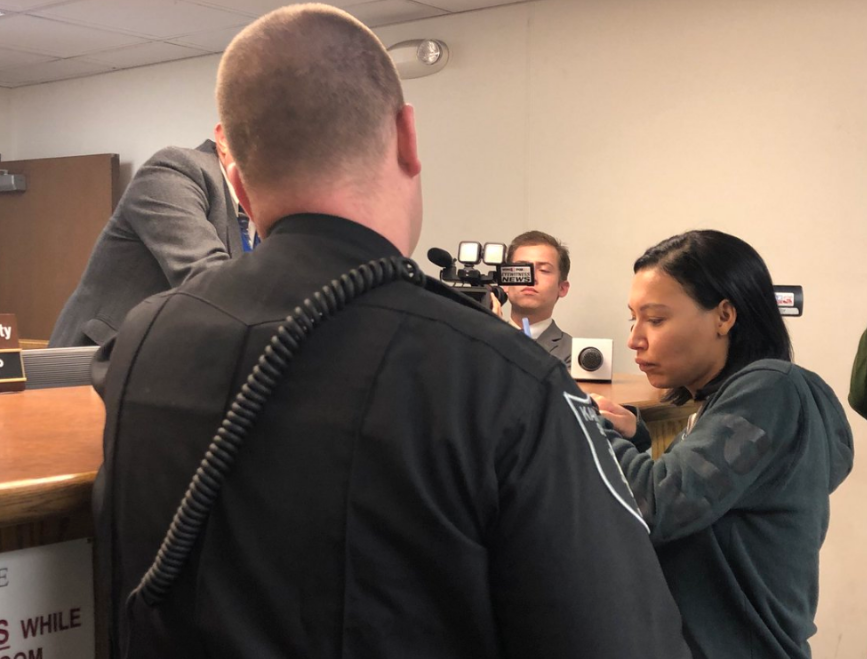 Damn. We’re seeing this from the other side now. Typically, it’s men being arrested for domestic battery, but Naya Rivera just flipped the switch. The 30-year-old actress was arrested in West Virginia on Saturday night following a fight with her husband Ryan Dorsey.

According to the report, the husband and wife team were out walking with their 2-year-old son when Rivera struck Dorsey in the head and bottom lip. He was able to give police a cell phone video that allegedly shows the attack happening.

Rivera was arrested at around midnight. In the video below, you can see her wearing a dark hoodie as she walks into the courtroom to face the judge.

Her bond was set at $1,000, so of course she had no problem getting released. She was picked up from the courthouse by her father-in-law. Some of you may remember that Rivera had filed for divorce from Dorsey back in 2016 after two years of marriage.

However, she called off the divorce last month and it seemed as if they were working things out. In a recent interview, she talked about how much she loves being at home with her family…

“I really like being at home with my family and taking care of my kid. Cooking and decorating. I’m like a weird little Martha Stewart homebody.”

Well, now she has even more in common with Martha Stewart! They’ve both been placed in handcuffs.