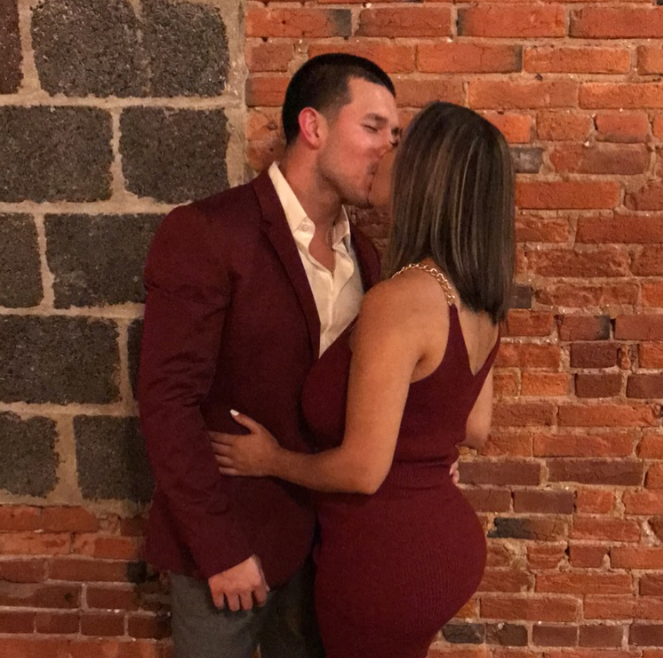 It looks like the next season of Teen Mom 2 should be filled with some delicious drama. If you’ve watched the past few seasons, then you know Kailyn Lowry and Javi Marroquin recently went through a pretty nasty divorce. Javi was hurt by Kailyn’s decision to end the marriage. He tried for several months to repair the broken relationship, but every attempt ended with a huge argument, and he briefly turned into a creepy stalker.

And just as things were looking okayish between them, here comes Briana DeJesus. The 23-year-old Teen Mom 2 star has developed a close relationship with Javi since joining the show last season. They claimed to be ‘just friends’ at first, but now it’s clear there is something more.

While celebrating his 25th birthday, Javi and Briana got really close. Briana posted the photo you see below to her Instagram account, “Thank you for being such an amazing man to not only myself but to Stella and Nova ❤️ #yeaididwin,” she captioned the photo.

Kailyn probably won’t be happy about this. It’ll be interesting to see how this all plays out next season. I have a feeling the reunion shows will be extra juicy.

Some fans believe Javi is using Briana in order to stay on the show after his breakup with Kailyn; however, I don’t know if I believe that. Kailyn’s previous baby daddy, Jo Rivera, is still on the show. As long as they are still a father to a child featured on the show, they’ll most likely have a place.

That being said, Javi’s role will probably be bigger now that this drama has been added.