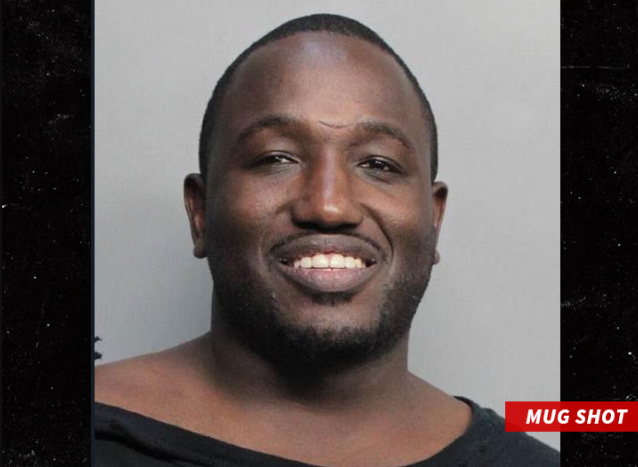 So, uh, Hannibal Buress had a wild Saturday night in Miami. According to the reports, the comedian was drinking inside the bar (as most people do) when he decided he had enough.

He went out and approached an officer to ask him if he would call an Uber for him, which sounds like the responsible thing to do. But for some reason, the officer refused, and Hannibal became angry and belligerent. Hannibal went back inside the bar, but he was asked to leave because he was too drunk.

Once outside, he continued to yell nasty things at the cop and caused a crowd to form. The officer allegedly asked him to leave multiple times, but the comedian refused.

That’s when he was arrested, and that’s when the laughs appeared. While getting arrested, Hannibal told the cops they looked “goofy as f**k,” with a slight smile on his face, which made everyone laugh. It looked like the cops were even holding back a smile as well.

The good news is that Hannibal was released at around six in the morning on Sunday on a $500 bond. He hasn’t really said anything about the arrest, but he did retweet this…

I like to think this is how the cops found @hannibalburess last night! https://t.co/2BZSLBxuQV pic.twitter.com/KfLisGyWZ1