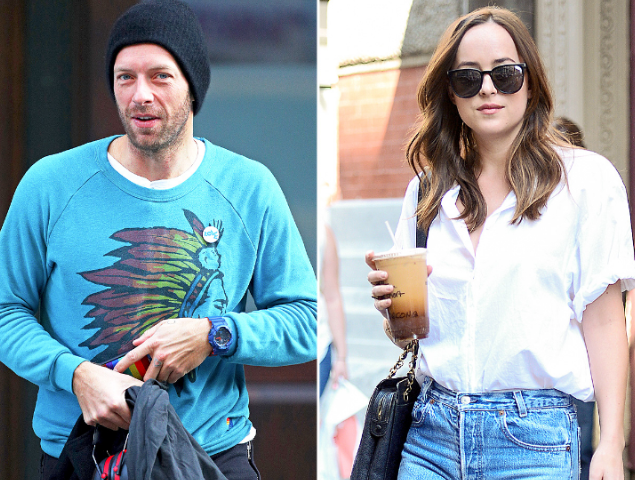 Say Whaaat? Dakota Johnson And Chris Martin Are Dating, Get The Juicy Details Inside!

This is a relationship we did not see coming, but according to multiple reports, it’s definitely happening. Dakota Johnson and Chris Martin are an item, and that has been the case for over a month.

“They seemed very happy to see each other and immediately jumped into conversation. She was catching him up on work and the different projects she has coming up. She was telling him where she is going to be and asking him what he thought. They both seemed to really respect each other’s opinions. Chris was very charming and personable. His face lit up when he was talking to her.”

That report was from an eyewitness. Us Weekly actually talked to an insider who knows the couple, and here is what they had to say…

“Dakota and Chris are definitely dating. They’ve gotten to know each other really well and are very comfortable from one another. Chris sends Dakota his music to get her opinion. It’s more than just a fling.”

You hear that? It’s more than just a fling…right around Christmas time as well. Martin is a brave man. It takes guts (and a lot of money) to start a relationship with a girl right before Christmas.

For those who don’t know, Martin was married to Gwyneth Paltrow for 13 years. Since the split, he’s been linked to Jennifer Lawrence, Annabelle Wallis, and now Dakota Johnson.