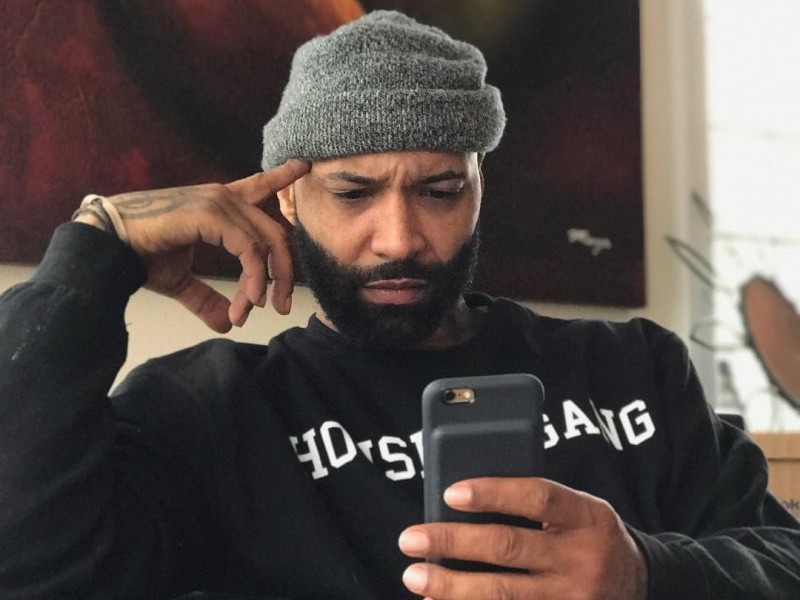 Yesterday Complex confirmed they parted ways with Joe Budden via social media.  They placed a post on Instagram which received an incredible amount of fan backlash.

On behalf of the entire Everyday Struggle team, we would like to thank Joe Budden for an amazing 2017. We wish him all the best in 2018 and beyond.

In my opinion, Everyday Struggle was one of the only things keeping Complex relevant (with the exception of Complex-con). Truly relevant.  The polarizing nature of both Joe Budden and DJ Akademiks made it a daily show that people loved to love or loved to hate.  I listened to Joe, but hated him at the same time for a variety for reasons.  But I loved, hating Joe which means that Joe was not only doing his job, but he was doing it well.

Apparently they were not going to pay Joe what he was worth in his new contract, so he walked.  DJ Akademiks, took to Instagram and said that he tried everything to save the show. He mentions he even agreed to a pay cut. This is what he posted:

Budden on the other hand, explains that Complex just wasn’t treating him with the respect that he deserves.  He says he was the first one in the building in the morning.  He recounts deals that were cut by Complex based on his brand and explains that Complex in some cases didn’t share the money or not enough money to himself and Akademiks.

To my surprise…fans were all team Joe.  I think when Complex sees the social media backlash they will definitely be rethinking their position.  However, I think a little too late.  I don’t think Joe will ever be back.  (Although never say never).  I think Joe is realizing that he actually might have a legit following, this incident will increase his following and he can legitimately start his own show…or just keep his podcast going.

No, that was some crap post on social that everyone ran with.  Did they lose subscribers?  Yes.  And a lot.

Watch Joe explain what went down in his own words on his podcast.  He basically jumps right to it in excruciating detail with all the budden-esque candor we have grown to expect.  Watch.

At the end of the day Complex and Joe will both be alright.  With regards to DJ Akademiks, his future is TBD.

BONUS: DJ AKADEMIKS BREAKS DOWN IN AN EMOTIONAL RANT