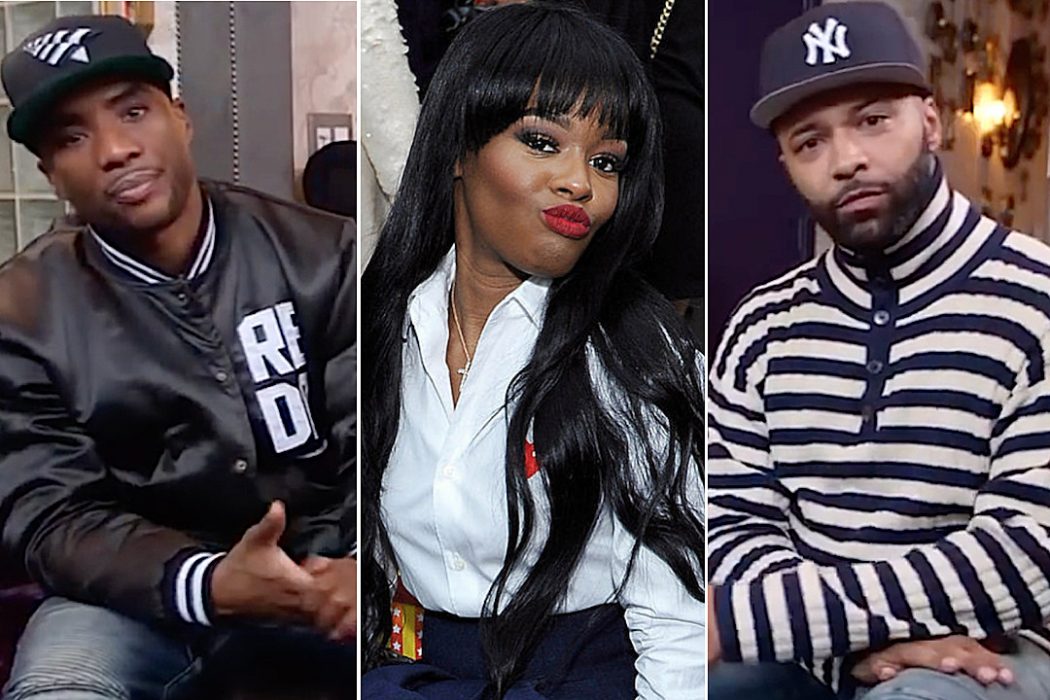 It looks like Joe Budden’s rebound from Complex into the arms of Revolt is working out nicely.  He quickly teamed up with Charlamange (two guys that people love to hate) and basically ran through 2017’s list of winner and losers.  “This Year Was Dope/Trash 2017” is described as:

One person that I didn’t expect to make the list was Nicki Minaj. Both Budden and Cha agreed that she was trash for 2017 and neither of them held back. Budden trashed Nicki for her explicit nature:

“I do not have any issue with Nicki Minaj except for you cannot post your accolade on Instagram every day for the year. I’ma call you trash.”

Charlamange kept Nicki’s L’s all about her music,

“…..She had another record with Wayne on it. That record didn’t go at all. She had a third record. I don’t know what the f#ck happened.”

Azealia, fresh off her feud with Remy Ma was not having hit.  She defended her and went in pretty hard on both Joe Budden and Charlamange.  Here what she posted

#azealiabanks is mad at #joebudden

With these two….I think Azealia just put a target on her own back.