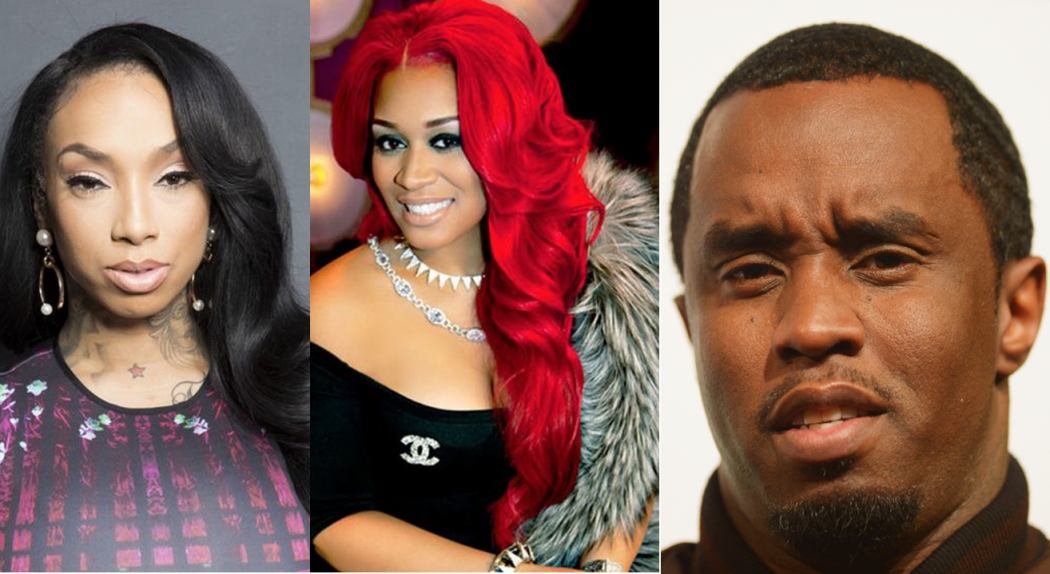 Diddy basically did what Diddy does. He threw an epic, star studded invitation only, New Year’s Eve celebration.  DJ Khaled was the co-host and everyone was there from all walks of life. The guest list included a wide range of celebrities and influential people from Joe Budden to Al Sharpton

Unfortunately, it also included some ratchet reality celebrities as well, and these two happened to have beef.  Rah Ali and Sky from the show Black Ink Crew had a long-standing beef, from an altercation that occurred two years ago.

Apparently, Sky, who got the better of the exchange during their first altercation (video below), went to hug Rah Ali, and that’s when Rah attacked.  Rah says that she got the better of Sky because she had the element of surprise and after talking with “Fame” from @fameolous, she decided to go Live to show that despite the $100K in damages to Diddy’s property, she is ok.  In the video she claims the fight was fair because it was a one-on-one, without interruption from security, but she “snuck” her, so in actuality, it wasn’t a fair fight at all.

Here is a clip (Full Video Below).

Then Sky went on snap and posted a photo of herself showing that she too was untouched.

SO WHAT WAS THE REAL DAMAGE?

The real damage is done to the reputation of these two women…..or not.  I can sit here and criticize the two for fighting, but we must remember how they became famous in the first place. We made them famous for this type of behavior so I can’t judge them too harshly for that…however Diddy can.  And people like Diddy.  They will then find themselves banned from events such as this that can probably further their career in directions that don’t include making a clown out of themselves.  Who’s going to invite them anywhere now?  Once you reach a level of success, you want to avoid danger and violence which means if their invited, more important well known industry people won’t be attending.  So the solution is easy, don’t invite them.

Believe it or not, in the comment section on Instagram on several pages people are arguing about who won?  The answer is “Nobody”.

Here is the full video that Rah Ali posted.