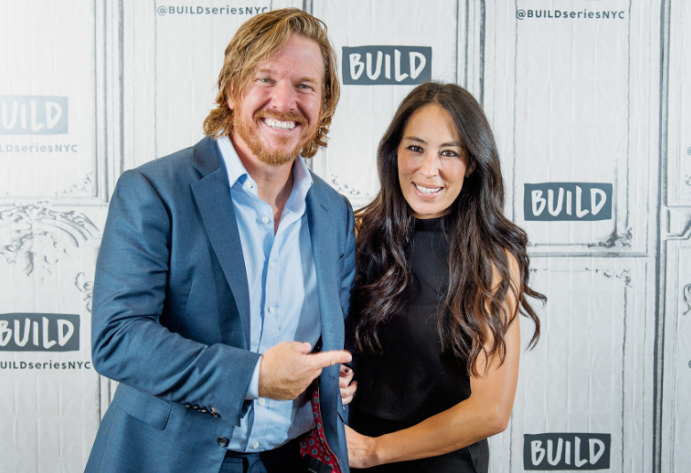 Wait, What? Fans Are PISSED At Chip And Joanna Gaines For Having Another Baby, Find Out Why Inside! If you live a boring life like I do, you have probably spent a bit of time watching HGTV, and if you’ve watched HGTV…you’ve seen Chip and Joanna Gaines. Their show, Fixer Upper, was one of the most popular shows on the network. It shocked everyone when they announced that season 5 would be the final season.

Rumors started to spread, and a lot of fans thought the couple was having problems in their marriage. Why else would they cancel their incredibly successful show?

Well, according to them, they wanted to spend more time with their kids. Their schedule was beginning to be too much. As you may know, they have four kids: a 12-year-old, 11-year-old, 9-year-old and 7-year-old, and they are often featured on the show. During one episode, their kids begged them to not have any more children.

But apparently, Chip and Joanna didn’t want to listen, ’cause they recently announced that they were expecting their fifth child.

Gaines party of 7.. (If you’re still confused.. WE ARE PREGNANT) @joannagaines

And somewhat surprisingly, their fans were not all that thrilled about the news. Several fans left nasty comments, claiming Chip and Joanna are having this kid to save their broken marriage.

One user wrote: “I like them ok but enough with the kids already. Their own children begged them not to have any more children on a previous episode already+overpopulation= 😶”

Another one wrote, “Thank you for contributing to the over population of the planet. I hope this one will be your last and you will use wiser judgement.”

It’s interesting. This wasn’t just one or two trolls. As we mentioned above, several fans left comments claiming Chip and Joanna are having this kid to save their marriage, which is quite the claim considering they don’t actually know Chip and Joanna personally.

But if the fans are correct, we’ll see it play out soon, ’cause no baby will save a marriage that is already broken.