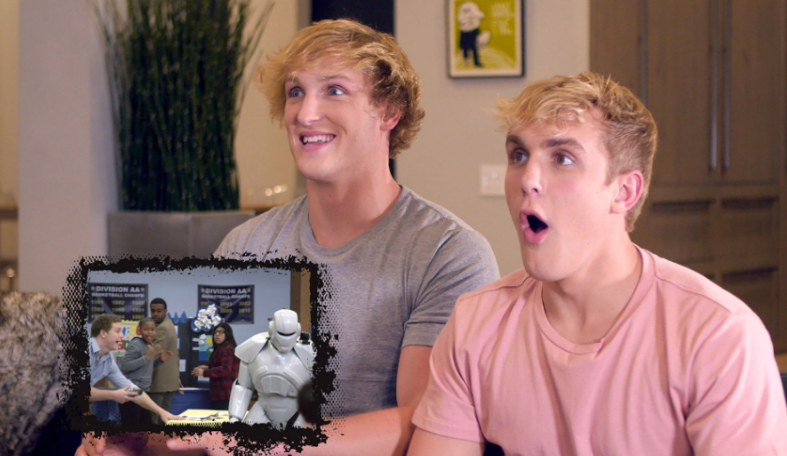 If you’re sitting there thinking, “Paul? I know I’ve heard this Paul name recently in the news,” well you’re not crazy. You are probably thinking about the YouTube celebrity Logan Paul, who basically ruined his career by filming a dead body in Japan’s suicide forest. If you haven’t heard about that incident, it’s probably for the best, but if you want to get your blood boiling even more, click on this link.

Not surprisingly, Logan isn’t the only idiot in his family. His little brother Jake Paul, who stars in the Disney Channel show Bizaardvark, can be seen in the video above saying the n-word multiple times while trying to rap.

This clip was filmed 8 months ago near Palm Springs during a Coachella weekend. As you can hear, Jake was freestyling over Rae Sremmurd’s Throw Sum Mo beat when he raps something about “little ass n***as.”

And later in the clip, he says, “I whip it like my n***a Richie Vetter, he make the pu**y so wet it gets wetter,” so he was clearly comfortable using the n-word repeatedly.

Sources close to the actor claim he has matured a lot since the video was shot 8 months ago, which is obviously a ridiculous thing to say. Who just randomly matures in 8 months? What happened during the past 8 months to cause such a transformation? Because this video was just now leaked.

I think it’s safe to say the Paul brothers are f**king idiots and they don’t deserve the fame and money they have. Hopefully this will be the end of their careers in Hollywood.