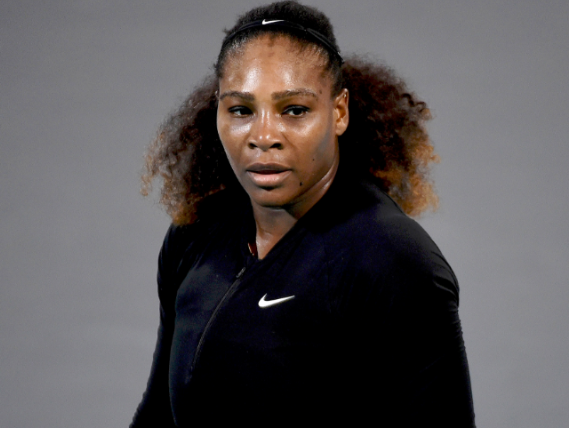 Serena Williams Pulls Out Of Australian Open At The Last Minute, Read Her Surprising Statement Inside!

Just four months ago, Serena Williams gave birth to her first child, Alexis. She had the baby with Reddit co-founder Alexis Ohanian. It was a joyous moment, but soon after the baby was born, fans of Serena were asking, “Yeah…but when you hitting the court again?”

Well, Serena had planned to return to the court for the Australian Open, which would have been quite the feat considering she just gave birth four months ago.

But sadly it looks like Serena is not a superhuman after all. The 36-year-old tennis star went on her Snapchat earlier this week to announce she would be pulling out of the competition…

“After performing in my first match after giving birth I realized that although I am super close I’m not where I personally want to be. My coach and team always said ‘Only go to tournaments when you are prepared to go all the way.’ With that being said I am disappointed to say I’ve decided not to compete in The Australian Open this year. I appreciate the support and understanding of my fans and everyone at the Australian Open.”

I guess she can’t do it all, huh? Just TRYING to get back on the court four months following a birth is something that should be applauded. She is a beast, and we’re sure she will be back to dominating later this year.

As for now, we hope she enjoys her time being a mother. We know last month she was stressing, trying to figure out how to make her daughter stop crying from teething.

“Poor Alexis Olympia has been so uncomfortable. She cried so much (she never cries) I had to hold her until she fell asleep. I’ve tried amber beads… cold towels…. chew on mommies fingers…. homeopathic water (lol on that one) but nothing is working. It’s breaking my heart. I almost need my mom to come and hold me to sleep cause I’m so stressed. Help? Anyone??”