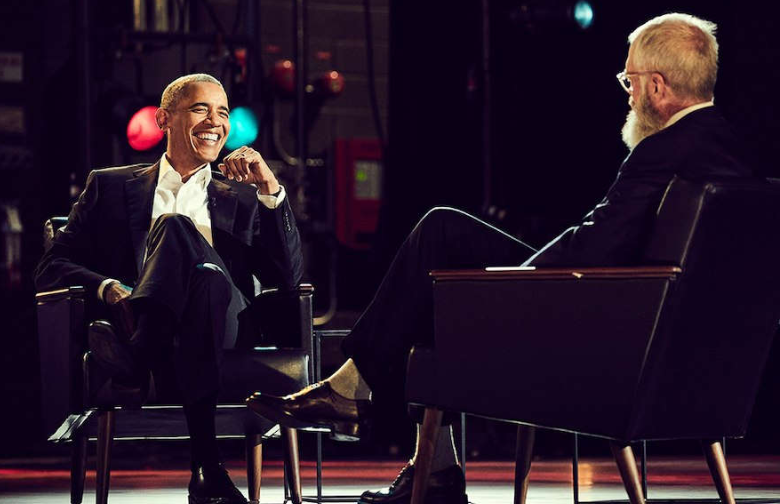 Barack Obama Talks About The Moment Malia Went To College: “I Was Basically Useless”

David Letterman had a nice vacation from the entertainment world. He grew a ‘Cast Away‘ beard, traveled around the country, and probably spent a lot of quality time with his family.

But now, he has returned to Hollywood…just on a smaller scale. His new series on Netflix, My Next Guest Needs No Introduction With David Letterman, had its premiere episode released this week, and the guest was Barack Obama.

The entire interview is worth watching, but one of the more touching moments came toward the end when the former President of the United States talked about dropping his 19-year-old daughter Malia off at Harvard University last summer. He admitted it was an extremely emotional moment.

“It was like open-heart surgery, man. One of the best descriptions I ever heard of children is it’s like having your heart outside your body. They’re not that smart, and they’re kind of wandering around, crossing streets, getting on airplanes. You’re like, ‘Come!’ You want to put ’em back in.”

Speaking of descriptions, Barack’s description/play by play of what it was like dropping Malia off at her dorm room is incredible. You should go on Netflix to watch the video, so you can actually hear him he say it.

But if you’re lazy, or if you can’t afford a Netflix subscription, we got you covered with the quote below…

“It was interesting to see how everyone handled things different. Michelle, she had like cleaning glove, you know? One of those yellow ones. She’s scouring the bathroom and has all these plans about how everything should be. And Sasha, it was really touching, because Sasha tries to be cool, so she didn’t want to admit that she’s going to miss her sister. But she’s neater than her sister, so she was helping to make the bed and fold clothes.

I was basically useless. Everybody had seen me crying and misting up for the previous three weeks. So, Malia, who is very thoughtful, she says, ‘Hey, Dad, you know, I’ve got this lamp in this box. Can you put this desk lamp together?’ I said, ‘Sure.’ So, I grab it. It should have taken three minutes or five minutes. It had one of those little wrenches—the little tool. It only had like four parts or something. I’m sitting there and I’m just toiling away at this thing, and it’s taken half an hour. Meanwhile, Michelle has finished scrubbing and she’s organizing closets and all this, and I was just pretty pathetic. I held it together in front of Malia, and then when we drove away, Secret Service is in the front, and they’re just looking ahead. They’re pretending they can’t hear me in the back sniveling. But the ritual of it was powerful.”

I think it’s safe to say the Obama family was the best First Family we’ve had in a long time, and we will continue to miss them for years to come.