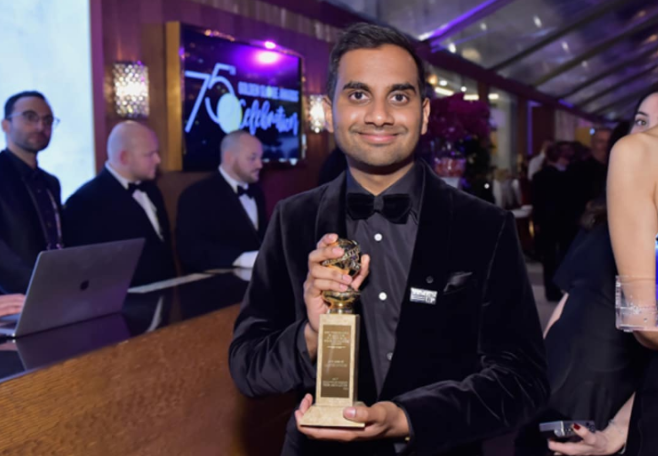 They Tried To Hit Aziz Ansari With Sexual Assault Allegations, Find Out How He Responded To The Claims

Two weeks ago, my girlfriend asked me which male celeb I’d be most shocked to see connected to sexual assault rumors, and one of the celebs I mentioned was Aziz Ansari. He just seems too small and puppy-like to assault someone, you know? It feels like all you’d have to do is spray water at his face and he’d go lay back down.

But apparently, at least according to one woman, Aziz is a very persistent lover. A Brooklyn photographer, who has chosen to remain anonymous, talked to Babe.net recently about her extremely strange sexual encounter with Aziz.

She claims she met the actor/comedian at an afterparty following the 2017 Emmys. They talked during the event, exchanged numbers and eventually went on a date. The date started with your normal small talk, a little wine and some good food. But after they finished up their dinner, Grace (the woman) claims Aziz was itching to leave.

“Grace also alleges that she tried to move away from him several times but he kept pulling her hand towards his genitals. She told Babe.net that she was giving off cues that she wasn’t interested and was unsure if Ansari didn’t notice them, or if he just ignored them. Grace claims that she went into the bathroom to compose herself and that Ansari said, ‘It’s only fun if we’re both having fun,’ a response she was pleased to get.

But when they both sat back down, Ansari became forcible, with Grace recounting, ‘He sat back and pointed to his penis and motioned for me to go down on him. And I did. I think I just felt really pressured. It was literally the most unexpected thing I thought would happen at that moment because I told him I was uncomfortable.'”

From there, this game of back and forth continued for a while. She would slow things down, he’d agree and then try to turn on the switch again a few minutes later.

So why did she choose to tell this story publicly now? Well, because she saw him wearing a ‘Times Up’ pin at the Golden Globes. This story was floating around on the internet for a few days and Aziz remained silent.

But on Sunday night, Aziz responded with the statement you see below…

“In September of last year, I met a woman at a party. We exchanged numbers. We texted back and forth and eventually went on a date. We went out to dinner, and afterwards we ended up engaging in sexual activity, which by all indications was completely consensual. The next day, I got a text from her saying that although ‘it may have seemed OK,’ upon further reflection, she felt uncomfortable. It was true that everything did seem OK to me, so when I heard that it was not the case for her, I was surprised and concerned. I took her words to heart and responded privately after taking the time to process what she had said.”