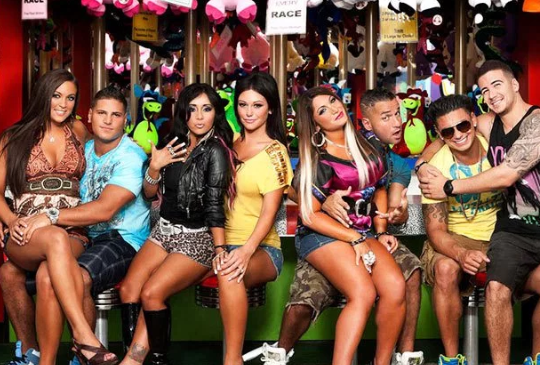 They Have The City, Find Out Where The Cast Of ‘Jersey Shore’ Will Be Going For Their Reunion/Reboot!

A little over a week ago, we shared a ‘Jersey Shore: Family Vacation‘ teaser with you all. In the teaser, MTV asked where they should send the cast for this special reboot. The options were New York, Dallas, Las Vegas, Miami, San Francisco, Grand Canyon, Chicago and Seattle.

“My money is on Miami, Las Vegas or New York. I think San Francisco is a little too, uh, classy for the Jersey Shore gang. We’ll see what happens, though.”

Well, I should have actually put money on it, because I was right! Snooki announced on her Instagram account that the gang will be returning to Miami for one last party.

The entire gang seems to be happy about the decision. All you OG fans will remember that some pretty crazy sh*t went down in Miami when the cast went there the first time. It was one of the most entertaining seasons.

And for those wondering, Sammi claims she’s still not coming back. JWoww talked to Us Weekly and revealed she’s still holding out hope that Sammi changes her mind…

“In my head, in my dreams of dreams, I really hope that [Sammi] pops in. Yeah, it’s gonna be different. I wish she would be on it but I understand why she’s not going to be on it. She’s just on to the next chapter in her life. I’m still in shock thinking that the show is coming back too. We never expected this … I respect her decision. We all respect her decision. It is what it is. In my head, I still have hope.”

Personally? I think she is coming back, but they’re going to make it be a surprise. Like, they show up to the house and Sammi has already picked her room and sh*t.

I PUT MONEY ON THAT TOO! WHO WANTS IN ON THIS?