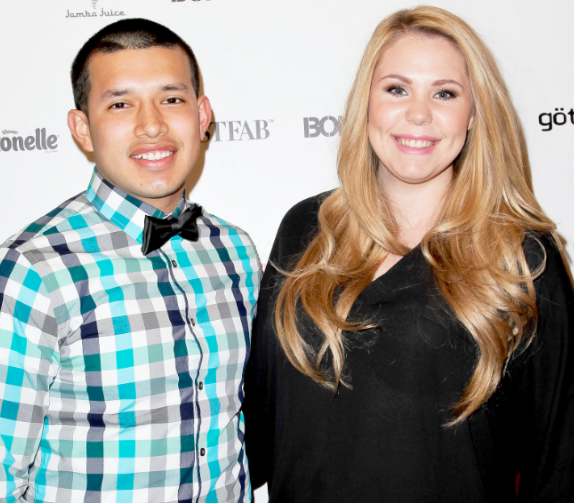 There have been a lot of crazy relationships in the Teen Mom franchise. We will have to make a ‘top 5’ list one day, and when that day comes, you can bet Kailyn Lowry’s relationship with Javi Marroquin will be on it. They had a, uh, tumultuous relationship…and that’s putting it nicely.

After months of fighting and cheating rumors, the two stars filed for divorce back in 2016 and their divorce was finalized on December 5, 2016. But even though they’ve been officially divorced for over a year now, talks of them getting back together seem to pop up in the headlines at least once a week.

Thankfully, those rumors settled down a bit for a few months when Javi entered a new relationship with another Teen Mom 2 star, Briana DeJesus. But as you may have heard, Javi and Briana broke up earlier this month, which means the “KAILYN/JAVI” rumors have returned.

Javi joined Kailyn and her co-host Lindsey Chrisley on their podcast, Coffee Convos With Lindsey Chrisley and Kailyn Lowry, on January 25, and Chrisley wasted no time with the hard hitting question: “Do you guys foresee yourselves being better friends or ever possibly getting back together?” she asked both Javi and Kailyn.

“I just think there’s a lot of history between us that neither one of us will ever let go. Even if we were to try it again in the future it wouldn’t work just because I know the type of person I am, and the type of person she is and we argue. It just wouldn’t happen.  I’m a reactive person. I don’t think it through I just react. We won’t get back together.”

“Javi argues out of passion. Javi is a habitual arguer and a never-letter-goer. Javi for sure needs to choose his battles. I mean, I couldn’t have said it better. I don’t think we could get back together.”

There you have it, folks! IT AIN’T HAPPENING!