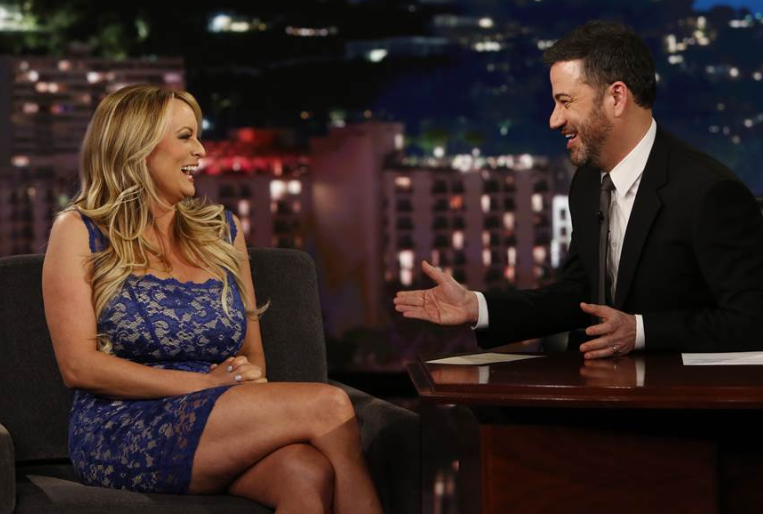 2006 was a special year for them, but it might have been really special for Donald. The Wall Street Journal reported earlier this month that Trump’s attorney, Michael Cohen, arranged a $130,000 payment to Daniels to keep her quiet about the alleged affair she had with the president back in 2006.

Of course, Trump and his attorney have denied the reports, and surprisingly, Daniels denied the allegations on Tuesday hours before Trump’s State of the Union address. She denied the affair in a letter released, which supposedly had her signature at the bottom.

“The fact of the matter is that each party to this alleged affair denied its existence in 2006, 2011, 2016, 2017 and now again in 2018. I am not denying the affair because I was paid ‘hush money’ as has been reported in overseas owned tabloids. I am denying this affair because it never happened.”

The only problem with this is that the signature did not look like hers, and during her appearance on Jimmy Kimmel Live! last night, she basically admitted it wasn’t hers.

“Doesn’t look like my signature, does it?” she asked with a smile on her face. She is clearly eating this sh*t right up. She also claimed to not know where the letter came from. Sadly, that’s pretty much all she revealed. She avoided answering any question directly, most likely because she has been paid hush money.

You can watch the full interview below. By the way, Melania Trump broke tradition last night by arriving at the State of the Union separately from Donald. They have not been seen together publicly since New Year’s Eve.