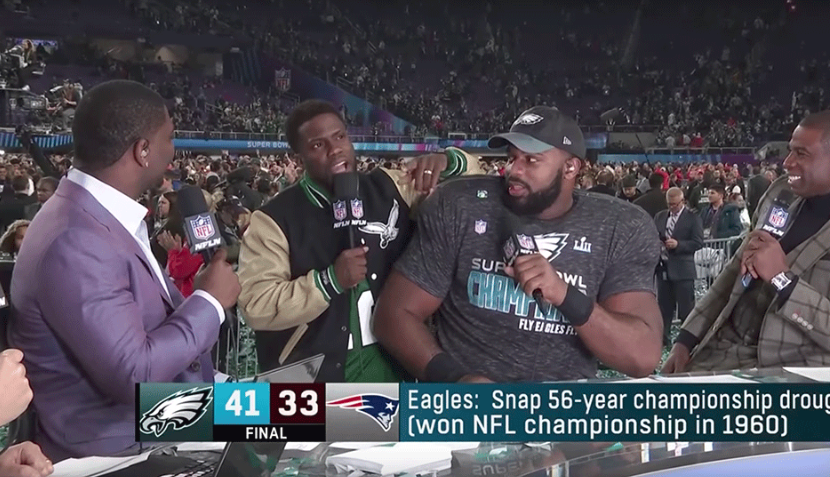 Kevin Hart Had A Wild Night At The Super Bowl, Drops The F-Bomb On NFL Network, Gets Kicked Off The Stage (VIDEO) 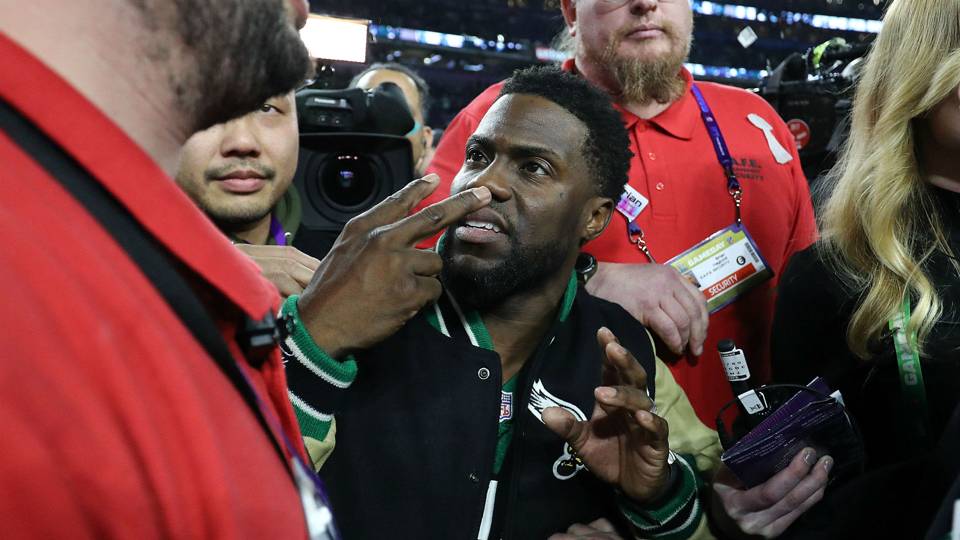 Leave it to Kevin Hart to steal the show at the freaking Super Bowl. He may be small, but he left a lot of wreckage last night following Philadelphia’s win.

It all started right after the game when an extremely drunk Kevin Hart tried to sneak into the Eagles’ post-game celebration on the field, but he was straight up denied by the security. Thankfully, the moment was caught on camera, so you can check out the hilariousness below…

Yoooo. Is that Kevin Hart trying to get past security and being denied?!? 😭😭😭😭 #superbowl pic.twitter.com/gzag0XqmAZ

Following the rejection, Hart stumbled his way to the NFL GameDay Prime post-game show on the NFL Network. And for some reason, they gave his drunk a** a microphone.

The moment he started talking, you could tell this dude was wasted. He was barely making sense, and when he dropped the F-Bomb, they had to kick him off the program…

Hart went on his Instagram account following the wild events at the game, and he basically said…WHO GIVES A DAMN BECAUSE THE EAGLES WON THE SUPER BOWL!