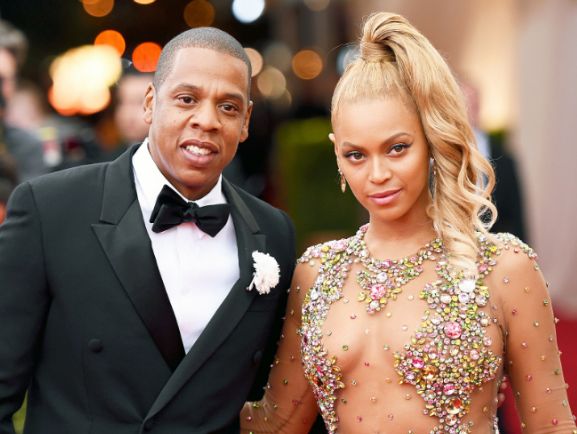 @beyonce was telling me that my wig was slipping…. 😂 But for real she told me to have fun and I DID! #SHEREADY #thelastblackunicorn #beyonce

You remember the photo above? It was snapped a month ago during a party. The caption from Tiffany Haddish made some people wonder what was going down at this party. Why did Beyonce need to calm her down? Well, now we’re getting the full story.

In a preview for TV One’s UNCENSORED, Haddish recalled how Beyonce quietly shut down an actress who was flirting with Jay Z following a concert.

“I was talking to Jay-Z for a little bit. And there was another actress that was there who was also talking to Jay-Z. [The actress] touched Jay-Z’s chest and Beyoncé came walking up like . . . ‘Biittchh!’ but, she didn’t say that. Her demeanor, her body from the way she walked up on them said, ‘Get your hands off my man’s chest.’”

Beyonce then started a conversation with the other actress, “and then some other stuff happened,” Haddish revealed, but then said she can’t say too much about the details.

The most important thing you should know? Haddish was ready to kick some a**

“I’m not at liberty to say what had went down at the party, but Beyoncé was just telling me to have a good time, and I was like, ‘No, I’m gonna end up fighting this bitch!’ She was like, ‘No, have fun, Tiffany,’ and I said, ‘I’m only going to have fun if you take a selfie with me.’”

And that’s how we got the Instagram photo you see at the top of this page. We don’t know who this other actress is, but I hope her name comes out one day.

Do you have any guesses? I wonder if it would be possible to find out which concert/party it was, and then go through all the photos from the event to see who was there. Sounds like a lot of work, though. We’ll just call her Becky for now.

Did #Beyonce have to check an actress talking to #JayZ at a party? #TiffanyHaddish reveals all but a name in @tvonetv’s #Uncensored Sunday at 10/9c