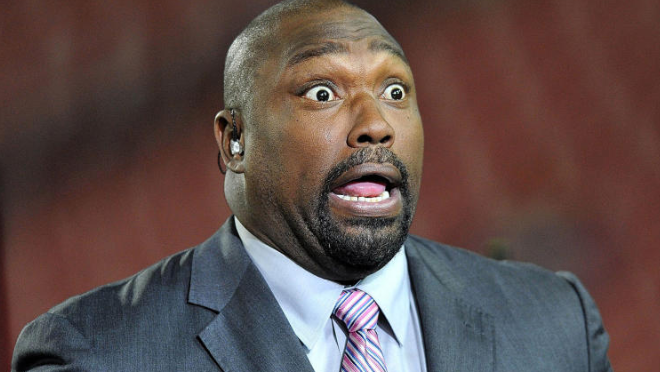 WHAT? Dude Pretending To Be A Fan Blindsides Warren Sapp By Serving Him With Lawsuit Papers, Watch The Crazy Video Inside!

Damn. This is some trickery right here. NFL Hall of Famer Warren Sapp was having himself a good ol’ time at an autograph session the other day, but things took a dramatic turn when a dude pretending to be a fan surprised him by serving him with a lawsuit.

Sapp is being sued by a woman who claims the former NFL player drunkenly bowled her over at a 2015 Super Bowl party in Arizona. She claims she suffered major injuries during the incident. Attorneys for the woman have been trying to track Sapp down for over a year, but they weren’t having any luck because Sapp was “actively avoiding the process server.”

So that’s when the process server got creative by pretending to be a fan at this autograph session. After snapping the now hilarious photo you see below, the server pulled out the papers and summoned Sapp to appear in court. 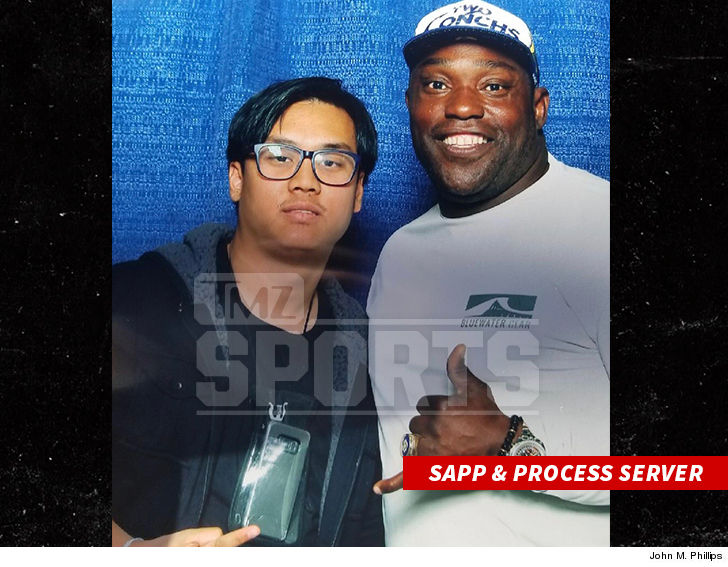 Surprisingly, Sapp didn’t body slam the poor dude. He shook his hand and said thank you, most likely because he was in complete shock. It’s pretty crazy. If this starts a trend, then celebrities better be more careful in the future. They’ll never be safe!