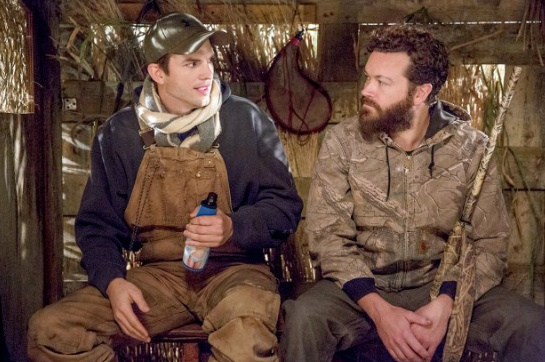 It looks like Netflix made a smart decision when they fired ‘The Ranch‘ actor Danny Masterson back in December. Many people were calling on the streaming service to fire him after multiple sexual assault allegations came out against him.

At the time, Masterson released a statement to the media claiming the allegations against him were “outrageous” and he’s disappointed in Netflix for writing his character off the oddly popular sitcom…

“I am obviously very disappointed in Netflix’s decision to write my character off of The Ranch. From day one, I have denied the outrageous allegations against me. Law enforcement investigated these claims more than 15 years ago and determined them to be without merit. I have never been charged with a crime, let alone convicted of one.”

But that might be changing soon. The Los Angeles District Attorney’s office is not completely ready to press charges yet, but they do plan on it because the allegations against him are reportedly “heinous.”

A source close to the case told Us Weekly the following…

“This case is being taken very seriously, and does have top priority within the sex crimes division of the office. Not because of Mr. Masterson’s celebrity status, but because of the heinous allegations by the alleged victims. At this point, and it’s very far in the process, charges that would carry a life sentence aren’t being discussed. In fact, it’s not even on the table. There just isn’t enough there at this point to go down that road. Now, that could happen because Jackie Lacey requested further investigation into questions she had, and concerns that needed to be addressed.

There is frustration within the DA’s office because Mueller is confident enough with the case that he believes a conviction would be likely, but is being asked to get additional information, which is only taking longer.”

A lawyer for the actor declined to comment on this most recent story.