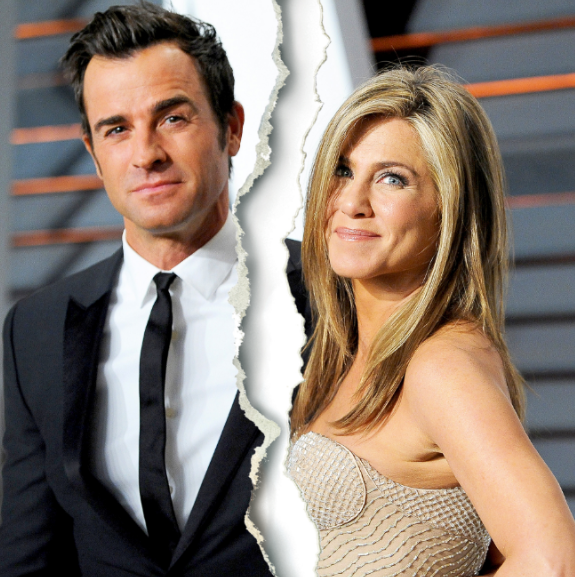 Just one day after Valentine’s Day (Feb. 15) Jennifer Aniston and Justin Theroux announced their separation. It was pretty shocking news for fans of the couple. They were married for two years, but had been dating since May of 2011, so they were together for nearly seven years.

“In an effort to reduce any further speculation, we have decided to announce our separation.  This decision was mutual and lovingly made at the end of last year. We are two best friends who have decided to part ways as a couple, but look forward to continuing our cherished friendship. Normally we would do this privately, but given that the gossip industry cannot resist an opportunity to speculate and invent, we wanted to convey the truth directly.”

You know, I don’t get splits like this. They were together for four years before getting married, then they’re married for two years, and then they suddenly discover they’re not right for each other? What changed so much in two years? People are in too much of a damn rush to get married.

Before I jump into some long rant no one cares about, let’s get back on track. The reason we’re telling you about this separation is because both Aniston and Brad Pitt are single now. Most of you will remember that the two stars were married from July 2000 to October 2005. Pitt screwed up the marriage when he cheated on Aniston with Angelina Jolie.

But that was more than ten years ago. Maybe he has grown since then, and maybe she’s ready to forgive? People on Twitter are certainly rooting for it…

Brad Pitt and Jennifer Aniston are getting back together. I called it first. #JenniferAniston pic.twitter.com/2BPeomEwbi

Plot twist: she gets back with Brad Pitt and is step mom to Angelina’s kids #JenniferAniston pic.twitter.com/z60mXi2Jb0

My reaction to Jennifer Aniston separation news😭but realized both her and Brad Pitt are single😊 pic.twitter.com/RJj9UWxgxg

But then again Brad Pitt and Jennifer Aniston are both single for the first time since they got divorced in 2005 pic.twitter.com/MarKJMuxiS