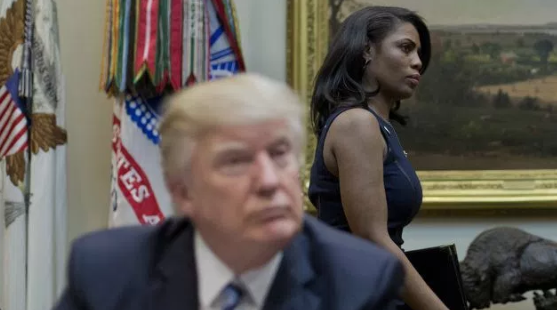 Brandi Glanville Is Out Here Asking The Important Questions, Asks Omarosa If She’s Had Sex With Donald Trump

After Omarosa’s time on Big Brother: Celebrity Edition is up, the world will probably be done with her. Yeah, her book will perform well, but after that? I don’t believe we will hear much from her, ’cause people simply won’t care anymore.

But for right now, we still care a little. On Friday’s episode of Big Brother, Omarosa was left speechless when her co-star Brandi Glanville asked her if she had ever slept with Donald Trump.

This is how the conversation went down…

Brandi: Did you ever sleep with him?

Omarosa glares at Brandi for a few seconds

Brandi: Apparently, a lot of girl do!

Omarosa: Well, I’m not. Now, there is somebody in the White House who is sleeping around with everybody, but she is not me. I’ve never had to do that.

Damn. She denied that with the quickness. I mean, even if she did sleep with Trump, she’s never going to admit that unless she’s REALLY desperate. And even then, she’s going to admit it in a way that earns her money. She’s not going to release it for free on CBS.

But still, we’re happy Brandi asked the question. It makes for some entertaining television. Omarosa doesn’t seem like the seductress type to me. She’s in love with herself too much. The only person she’s seducing is herself, and even then, it’s probably not sexy.

Those fingers of hers only move in calculated movements.