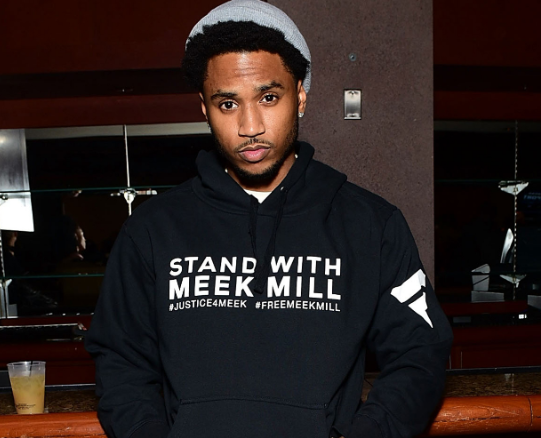 It looks like Trey Songz might be in trouble with the police once again. According to a report from TMZ, the 33-year-old singer is being investigated by the Los Angeles Police Department for allegedly punching a woman in the face.

The incident went down during the NBA All-Star Weekend. A bunch of stars were hanging out at a party in the Hollywood Hills on Saturday night.

For some reason, Mr. Songz got upset after an unidentified woman began talking to a male attendee at the party. I suppose he was jealous that she was talking to another dude? I dunno. But for whatever reason, they started arguing and that’s when Trey allegedly hit her in the face.

The woman left the party and got checked out at the hospital. She was treated for a minor injury, and then she talked to the police. E! News has confirmed the LAPD is investigating an incident involving Songz, but they can’t say much about it.

As we mentioned at the beginning of this post, Songz has a troubled history. Back in December he was sued for smacking a phone out of a woman’s hand at a strip club in Philly. And last August, he plead guilty to two misdemeanors after destroying a stage during a concert in Detroit. He was sentenced to 18 months probation. He was also ordered to take anger management classes.

Of course…Lisa Bloom is all over it:

I represent the credible, bruised woman accusing Trey Songz of beating her, and more, last weekend.
She has gone to the hospital and the police.
Now it’s time for justice.
There is no excuse for violence against women. https://t.co/9wY2ri2Sk2

Trey himself…appears to be unbothered by everything.

This too shall pass.