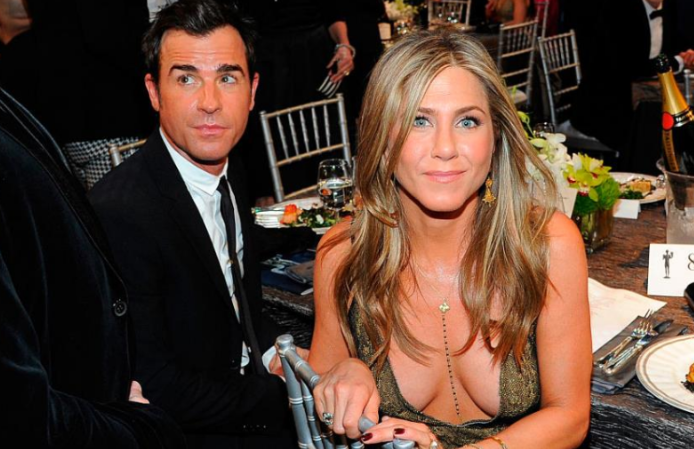 When a high profile couple like Jennifer Aniston and Justin Theroux get a divorce, you can bet there is going to be some speculation floating around as to why the marriage failed. Surprisingly, there are not a lot of rumors going around. It doesn’t look like anyone cheated, no one was getting abused, etc.

However, there is one thing. Sources who talked to Us Weekly claim Theroux found love notes Brad Pitt had written to Aniston years ago during their marriage.

“He stumbled upon old Post-it notes Brad had written. Sweet little Post-its like, ‘You looked nice tonight’ or ‘Miss you already.’ Jen assured him they weren’t a big deal, but Justin wasn’t thrilled … Justin had moments of insecurity like that.”

Damn. That’s tough. On one hand, I get why Justin wouldn’t exactly be thrilled about that, but on the other hand…THEY ARE LOVE NOTES FROM BRAD PITT!

You think she’s just going to throw that sh*t away? Hell no. You don’t throw love notes from Brad Pitt in the trash. You keep them locked away in a special place and read them whenever you’re having a terrible day.

It’s worth noting that it doesn’t look like this incident played a big role in the split. It appears they simply discovered they weren’t right for each other.

“The split is very mutual. They truly want each other to be happy and wish the best for one another. Cheating is not the reason for the split and did not happen.”

I can live with that. Hopefully they find happiness with someone else.