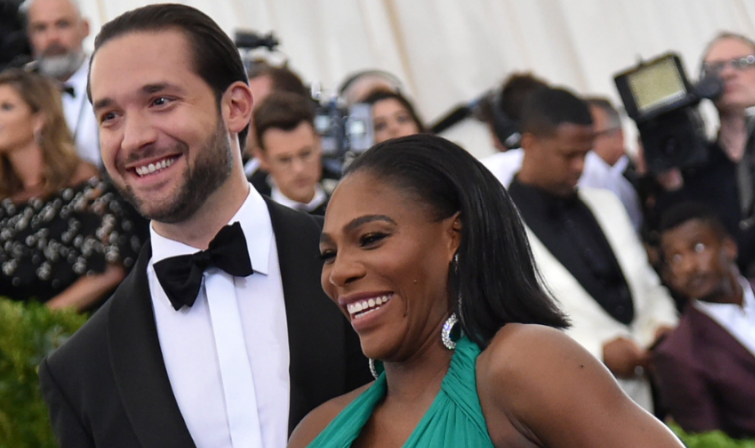 Alexis Ohanian Makes Serena Williams Cry By Surprising Her With Four Billboards Featuring Their Daughter Alexis Jr., Check Them Out Inside! (PHOTOS)

Damn. Alexis Ohanian might be close to securing the best husband of 2018 award. Just two weeks after he organized an event for young black girls to watch a screening of Black Panther, he decided to do another nice thing.

He surprised his wife, Serena Williams, with four billboards on the drive to one of her upcoming tournaments. The AdQuick billboards feature photos of Serena and her daughter, Alexis. Jr., alongside the acronym G.M.O.A.T. (Greatest Momma of All Time).

The 36-year-old tennis legend saw the adorable billboards on her drive to Indian Wells, California, where she’s expected to compete in the 2018 BNP Paribas Open.

These just went up on alongside I-10 into Palm Springs. @OlympiaOhanian & I wanted to welcome her back to tennis. Designed them myself, with some help from Jr.#GMOAT pic.twitter.com/zRcMmxhgB5

I feel like my girlfriend would hate something like this, but obviously everyone is different. I doubt Ohanian would do something this huge if he thought she might be embarrassed by it.

You can get a better look at the billboards below…

This is definitely not the Three Billboards Outside Ebbing, Missouri sequel we expected.