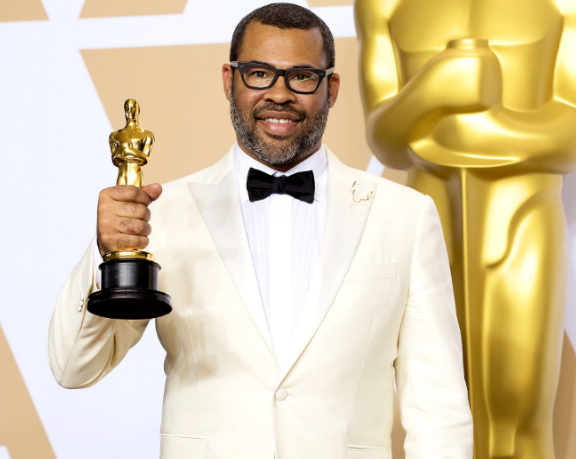 Last night at the 90th Academy Awards, history was made. Over two hours into the nearly four hour event, the award for Best Original Screenplay was announced, and most people thought it would go to Three Billboards Outside Ebbing, Missouri or The Shape of Water.

But that was not the case. Jordan Peele’s ‘Get Out‘ pulled a shocking win. The crowd went wild when his name was announced as the winner, making him the first black writer to ever take home the Oscar for Best Original Screenplay.

After the huge win, Peele entered the press room, which was full of white people, and asked “Am I about to be auctioned off right now?” referencing one of the more terrifying moments of his film.

It was truly a special moment, and you can bet his longtime comedy partner Keegan Michael-Key was watching and celebrating. He posted the photos you see below to his Instagram account, which show him reacting to Peele’s win.

That’s real friendship right there. Go out there and get you one of them friendships. They’re not hard to find. Just don’t be an a**hole.