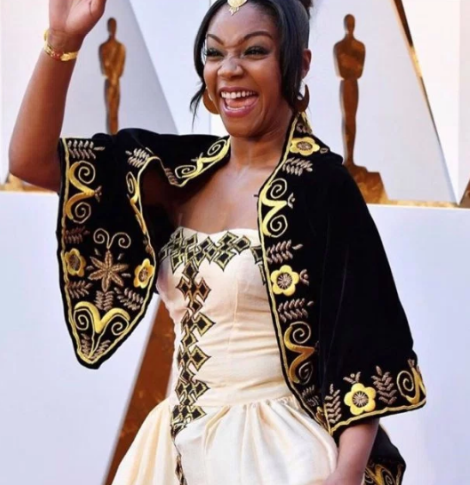 50 Cent Goes After Tiffany Haddish For Her Outfit At The Oscars, And Then Tells Angry Fans To Get Off His Instagram Page!

If you’re wondering why you haven’t heard 50 Cent on the radio lately, it’s because he’s been super busy trying to be the most famous troll on Instagram. He has over 17 million followers on his Instagram page and he tries his best to entertain them by clowning on almost everyone in Hollywood.

And most of the time, his followers eat the insults up, but earlier this week he messed up when he went after Tiffany Haddish. The 38-year-old comedian/actress is loved by millions, and when 50 clowned on her Oscars outfit, her fans got offended.

“Who did this to my bitch?” he wrote on his Instagram page. He then added, “Babe call my phone now! everybody’s fired f**k this,” and apparently, she did call his phone.

He updated the comments with this, “Ok I just got off with her, she did that to honor her dad. We cool everything cool. LOL”

Haddish revealed that before her dad passed away, he assured her she’d make it to the Oscars one day, and when she did she needed to honor her “fellow Eritreans.”

People were still giving 50 a hard time for his joke, even after he said everything was cool, so he posted the video you see below, basically telling the haters to get the f**k off his page.

And you know, that’s good advice. You can’t win with a troll. If you get all angry, they’ll laugh in yo’ face and be like, “Oh. You mad?” and if you try to get serious, they’ll be all, “Why you so serious, man? Chill.”

Trolls always win if you engage. It’s best to look the other way.