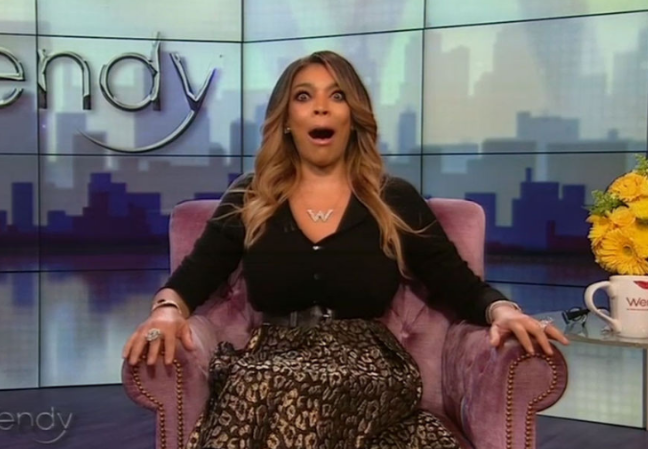 Wendy Williams Returns To Television This Week, Admits She Cried When The Doctor Told Her She Had To Take Three Weeks Off

We have covered Wendy Williams extensively on this site, so you should know all about her most recent health scare. In February, she was diagnosed with Graves’ disease (an autoimmune disorder which causes chaos with your thyroid) and she had to take a day off work because she was feeling so bad.

When she originally took three days off in February, everyone was shocked because she never misses a day. You can love her or hate her, but you can’t deny the fact that she’s a strong a** woman. So if she misses a day of work, it’s something serious.

During her three days off, she got checked out by a doctor and he told her she needed to take three weeks off. She had to focus on her health for once, and she was not happy about that.

During a recent interview on Good Morning America, the 53-year-old host revealed she cried when the doctor told her the news, but she also admitted it was her fault for not taking care of herself in the first place…

“I had missed three doctors’ appointments with my endocrinologist. He’s the one who handles the thyroid and the Graves. I’m functioning OK, I’m feeling a little weird but I’ll get through it. And I went in February and that’s where I found, whoa, your levels are way off. I cried. And then I laughed. [I told him] ‘Are you out of your mind? It’s sweeps.'”

The good news is that she’s now feeling better and returning to her talk show this week. Hopefully she will learn to not push herself too hard. A day or two off every month is a lot better than having to take three straight weeks off.