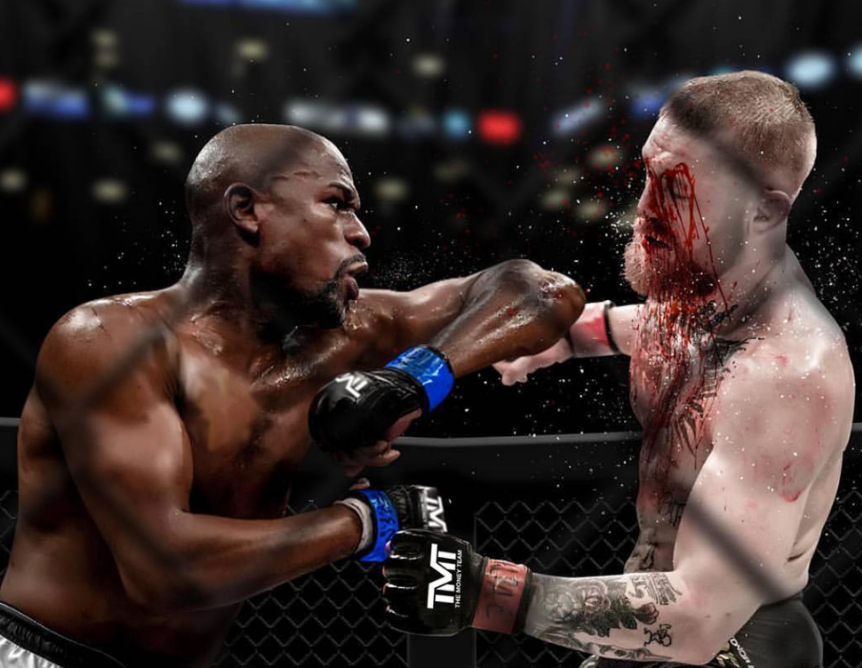 Damn. MMA fighter Chael Sonnen is trying to start some serious beef. The 40-year-old fighter-turned-podcaster spoke to TMZ the other day and absolutely slammed Floyd Mayweather.

You see, recent reports claim Mayweather is training for the UFC. He has been making the headlines recently because people believe there is a chance we will see him participating in an MMA match.

But Sonnen says that won’t happen. He believes 100% that Mayweather will fight again, but it will be inside the boxing ring. He claims Mayweather has to come out of retirement because he’s already going broke, which is a huge claim to make, considering Mayweather made nearly $300 million just last year with the fight against Conor McGregor.

“Floyd’s broke … it does not matter what you made, it matters what you kept, and he is a dumb-dumb Look, he’s just not a very bright guy. He’s surrounded with even less bright guys.”

Now obviously Sonnen has a point. Mayweather has never been known for being financially responsible, and if you take one look at his social media page, you’ll see just how much he loves to spend money.

But at the same time, I think it’s a huge stretch to claim he is already broke. I mean, you don’t make $300 million paychecks and not hire at least a few intelligent people to handle it for you. There must be someone watching out for him.

It sounds like Sonnen knows talking about Mayweather will put his own name in the headlines. Everyone wants to go after the person who is standing at the top of the mountain.

Something tells me Floyd is doing just fine…